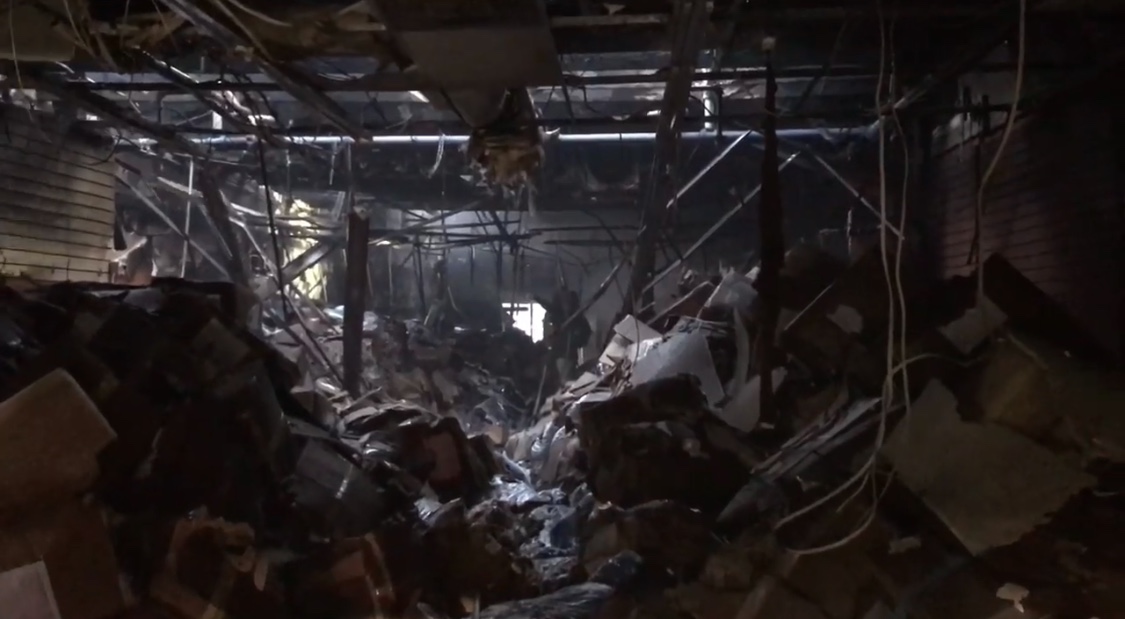 Employing decisive and coordinated operations both in fire attack and salvage, firefighters saved multiple businesses during an early morning blaze.

At 4:16AM on September 20, 2019 the Los Angeles Fire Department responded to a reported structure fire at 1320 S Los Angeles Street in Downtown LA.  Upon arrival of the first fire companies, only a light, lazy smoke was visible from a one story, commercial building.

Simultaneous, coordinated actions immediately ensued.  Firefighters took to the roof and opened ventilation holes to find heavy fire in the attic while fire attack made their way inside the structure to locate the fire. Additionally, salvage operations began to protect the exposed apartment building and businesses.

Due to the size of the fire, this quickly escalated to a Major Emergency incident under the command of Assistant Chief Timothy Ernst.  While the main fire unit (“Nasty Boys” clothing store) suffered heavy damage, a three story apartment building was fully defended from impact. Two additional, adjacent clothing stores, (“Ace of Diamonds” and “Simple Kids”) sustained some water damage but the thorough salvage operations conducted protected much of the inventory.

The efforts of 93 LAFD firefighters ensured full extinguishment in 57 minutes with no injuries reported. In accordance with protocol for an incident of this size, LAFD Arson and Counter-Terrorism Section responded for the investigation.