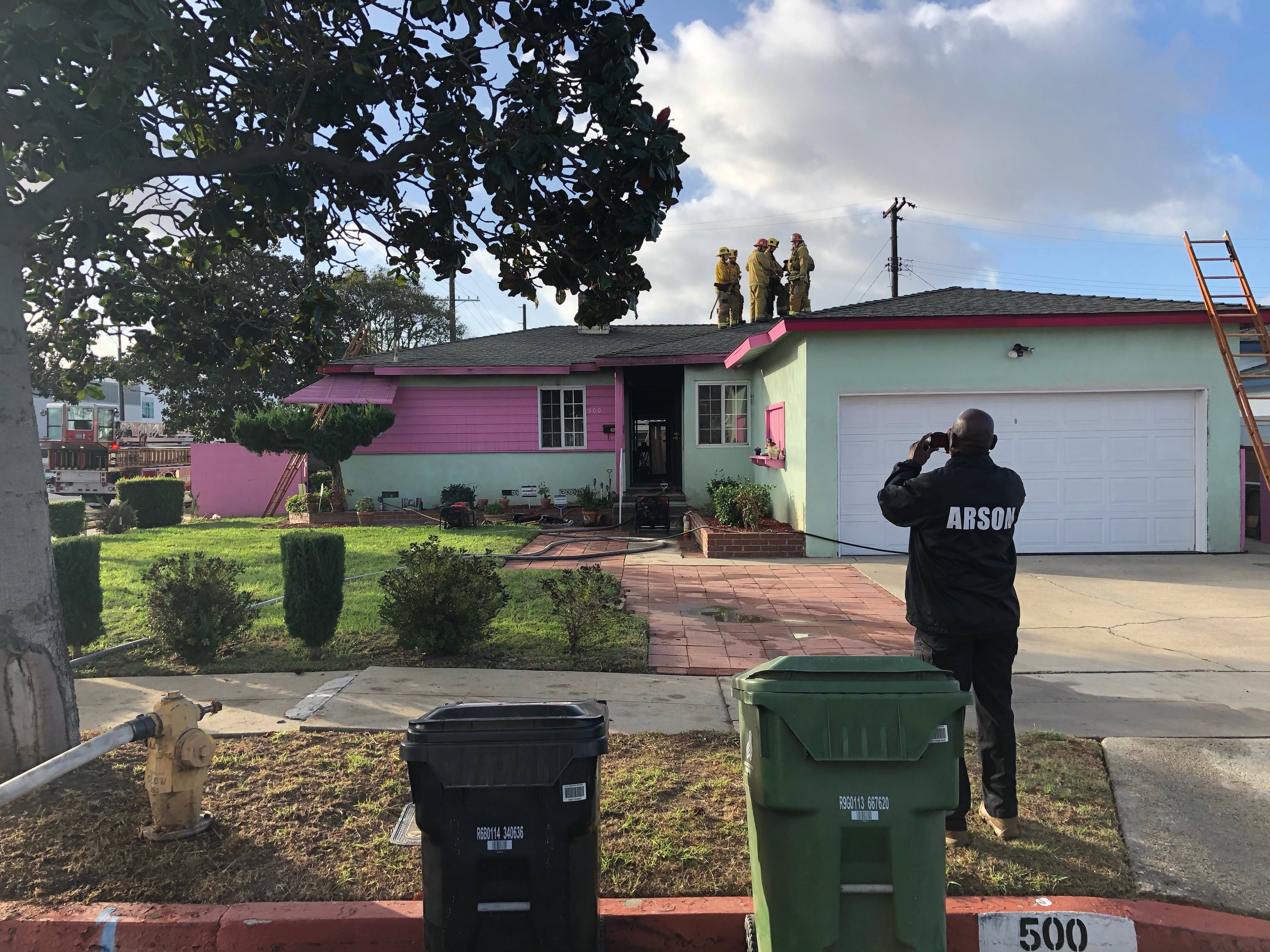 A portable, outside heater used in the home determined as cause of fire
Photo Credits: Creative Commons licensed for your use | LAFD Photo by David Ortiz
HARBOR GATEWAY-

An early morning fire in a Harbor Gateway home took the life of an 81 year old man.

The first arriving engine found a 1,742 square foot, single story, single family dwelling with heavy smoke and fire showing from one side of the building. Neighbors were attempting to rescue the occupant they believed trapped inside but were rebuffed by the intense flames.

Fire crews immediately initiated simultaneous operations involving an aggressive interior fire attack and a search for victims. As the blaze was being extinguished, firefighters conducting the search located the man. Sadly, he was beyond medical help and determined deceased on scene.

The 28 firefighters on scene, under the command of Battalion Chief Brian Petty, achieved a full knockdown of the fire in 21 minutes.

The victim's daughter sustained non-life threatening burns while trying to rescue her father.  The home, built in 1956, did have functioning smoke alarms but it is unknown at this time if that is what alerted the daughter to the fire.

LAFD Arson and Counter-Terrorism Section determined the cause of the fire to be "accidental", attributed to an outdoor heating element being used to heat the home.

This tragic loss underscores the importance of exercising caution when using any portable heating device.  Only indoor heaters, bearing the mark of a safety certification (e.g. ETL, UL and CSA), should be used in the home. They should also never be left unattended or while all occupants are sleeping.