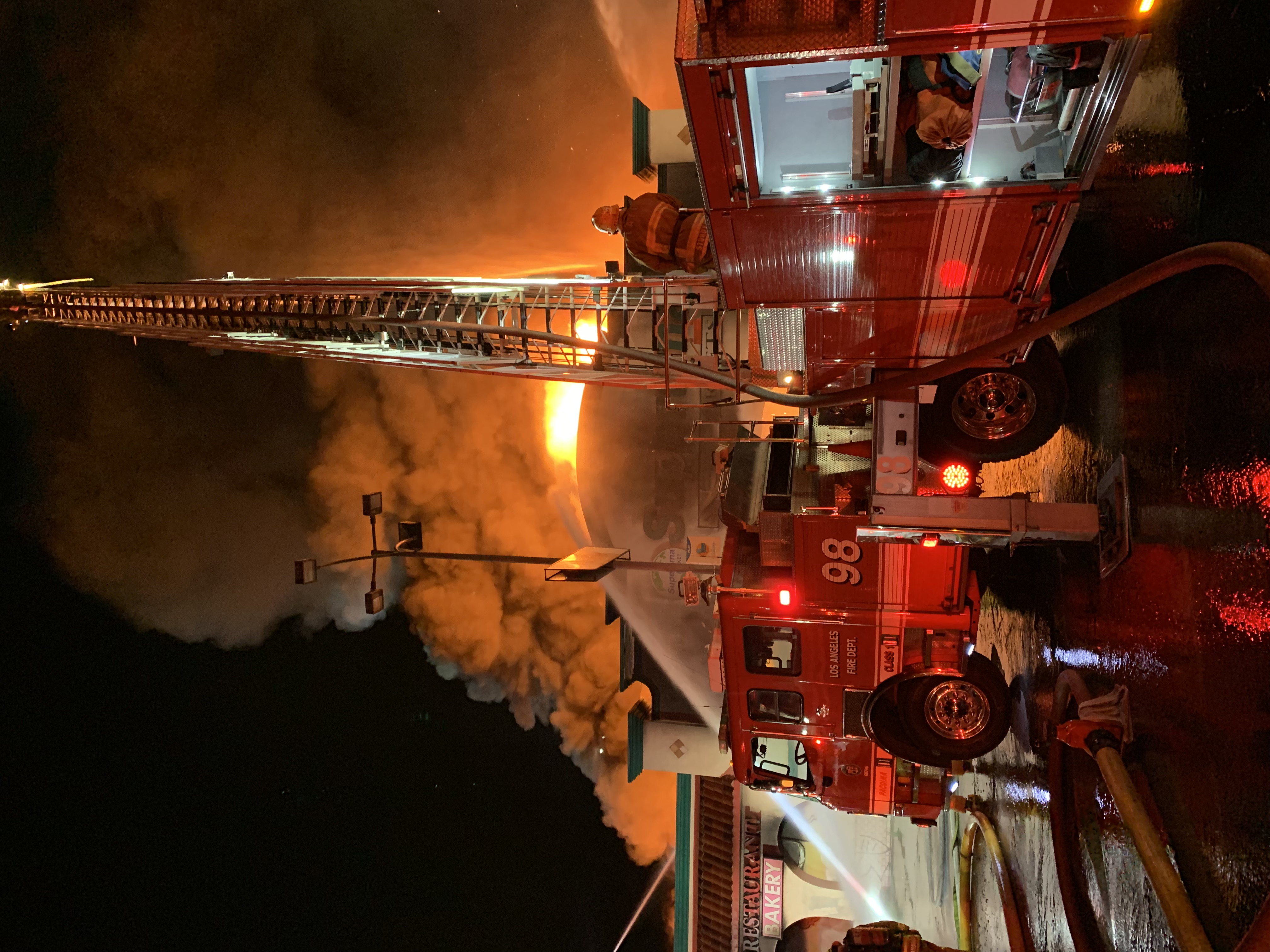 At 3:11AM on July 22, 2021 the Los Angeles City Fire Department responded to a reported structure fire at 8025 N Vineland Ave in Sun Valley.  Two Los Angeles Police Department officers on patrol saw a rising smoke plume and located the fire to find it raging. They radioed in the location and went to check the doors to see if anyone was inside.  The 82,000 square foot structure, built in 1958, was vacant and boarded up so they safely retreated to await the fire department.

When the first fire companies arrived, they found heavy fire at the back of the building had extended forward. The incident commander quickly implemented a defensive operation with crews on all four sides of the structure. Truck companies deployed ladder pipes and engine companies put large diameter hand lines in place. Over 100 firefighters battled the fire for 95 minutes before Assistant Chief John Drake declared a knockdown.

Due to roof collapse, the building was filled with debris and prevented firefighters from conducting a visual search for any potential victims. Human Remain Detection K9 teams responded and made their way up, over and through the detritus to provide a more thorough search of the area. There were no victims located and no injuries reported to firefighters or civilians.

The LAFD Tractor Company utilized the RS3 Robotic Firefighting Vehicle to safely reach pockets of fire remaining in areas too unstable for firefighter-staffed hand lines. They also used an excavator and skid steer with grapple bucket to pull down unstable sections of the building (for safety) and overhaul the large debris piles. 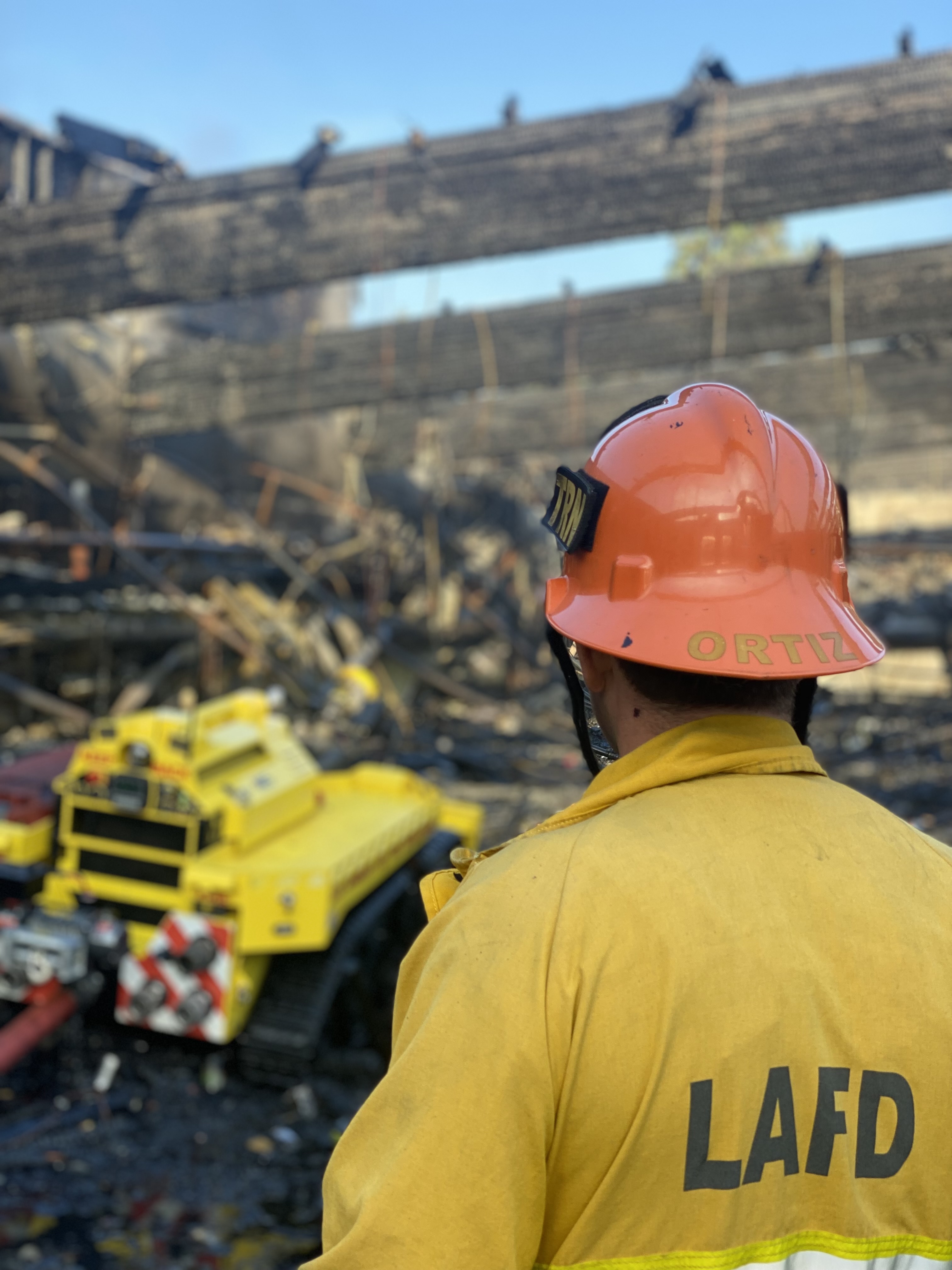 Due to the size of the incident, the LAFD Arson and Counter-Terrorism Section responded. After completing their investigation, the official cause is 'undetermined'.