Despite the added challenge of a growing vegetation fire and multiple homes at risk, LAFD firefighters contained a well involved structure fire before it could cause further damage.

At 11:44AM on 26 May, 2016 the Los Angeles Fire Department responded to a reported structure fire at 4770 Cleland Av.  While enroute to the scene, a large smoke plume was visible over the trees.  Upon arrival, firefighters found a one story, single family dwelling and brush-covered hillside backyard, both with fire showing.  The two adjacent homes were also at risk of damage by the growing fire. 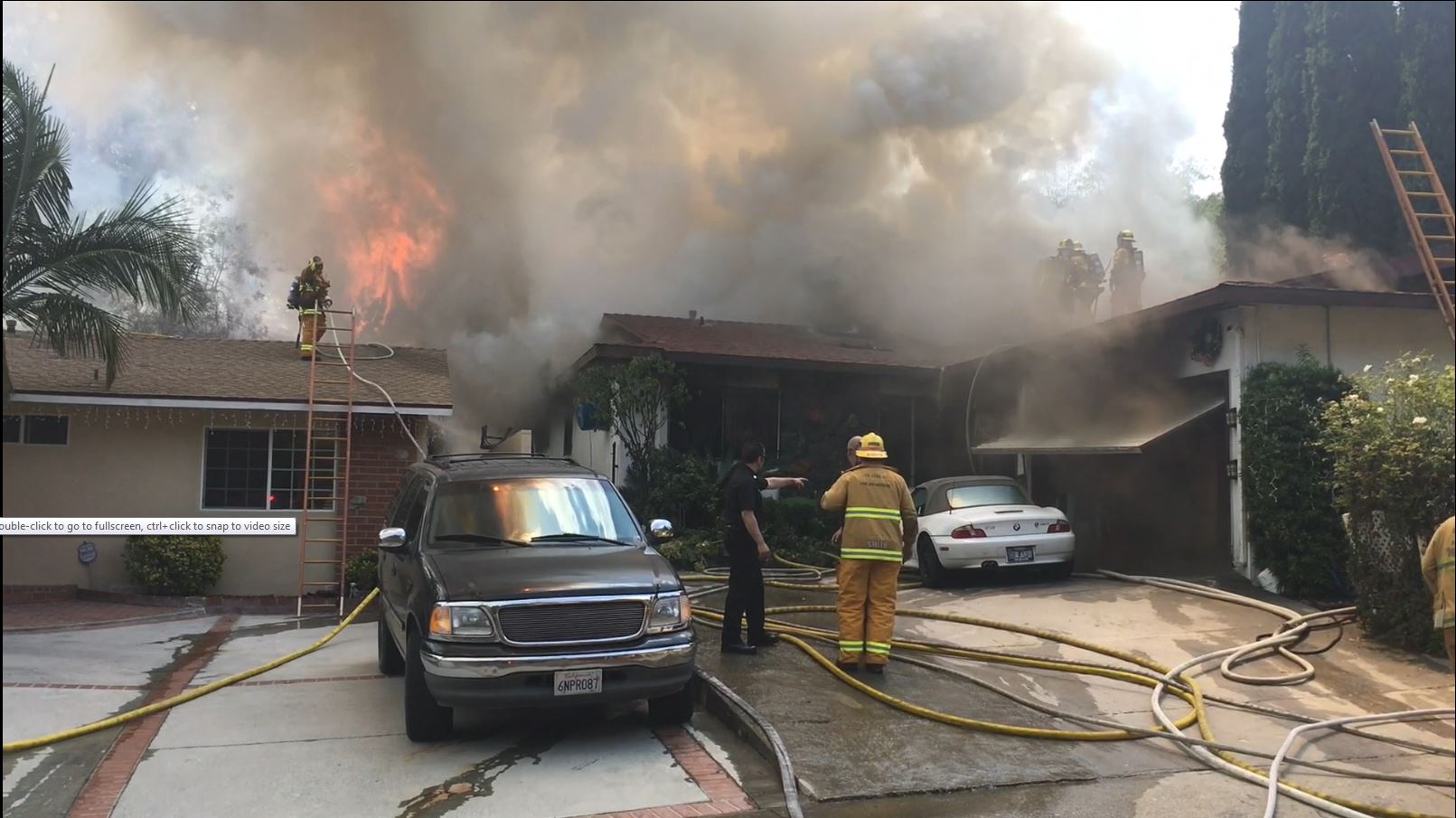 A multi-faceted approach had firefighters conducting vertical ventilation on the roof to create a more tenable environment while an interior attack quelled the bulk of the fire, crews put handlines in place to defend the neighboring homes and additional firefighters set to work on the vegetation fire threatening to run up the hill and risk additional structures.

The tremendous teamwork by 85 firefighters, under the command of Assistant Chief Armando Hogan, knocked down both fires in 48 minutes.  Fortunately, the occupants were already out of the home and no one was injured.

LAFD Crew 3, an all volunteer wildland cadet post managed by LAFD firefighters, responded to assist with the overhaul of the brush covered hill. 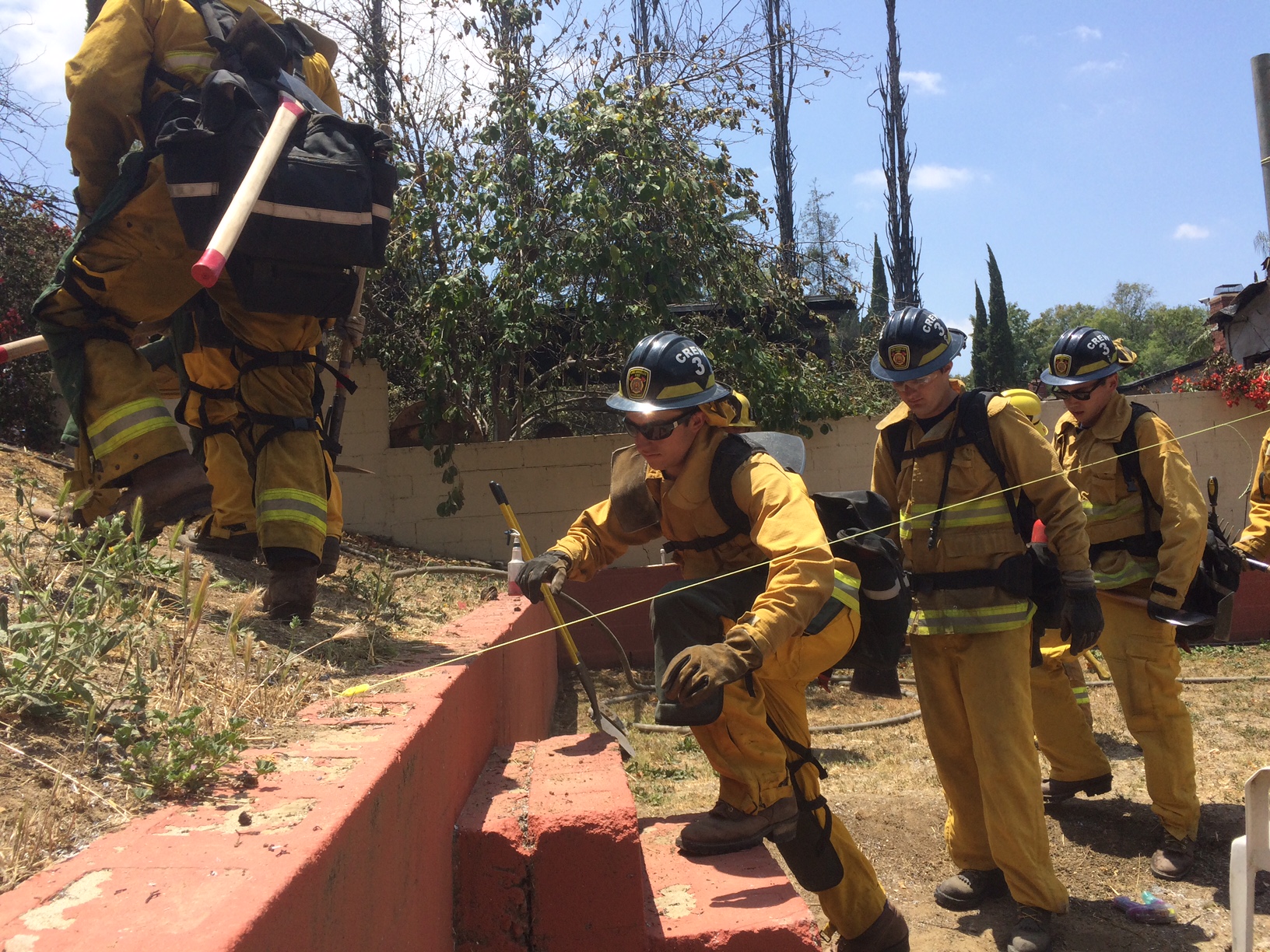 Damage to the home was extensive and the crew from Engine 55 provided the family with a $100 S.A.V.E. (Supplying Aid to Victims of Emergency) card furnished by the California Fire Foundation. 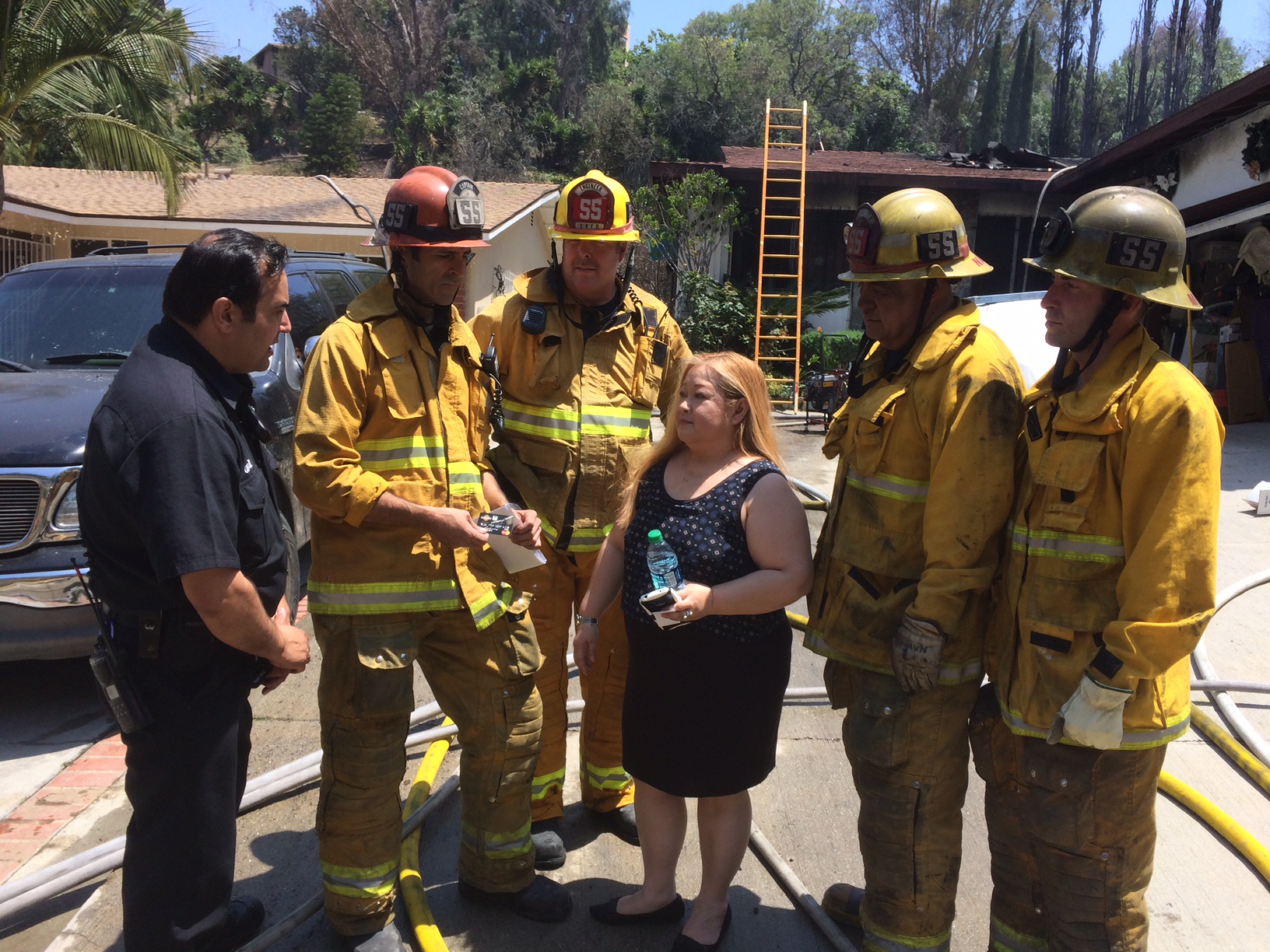