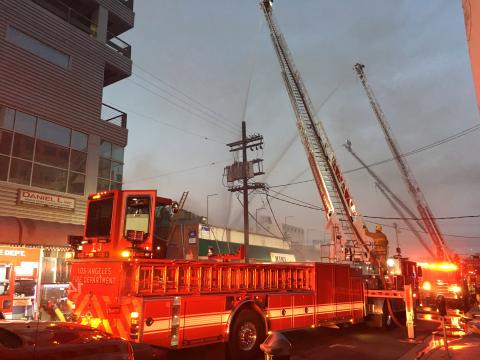 At 4:19AM on July 11, 2019 the Los Angeles Fire Department responded to a reported structure fire at 1220 S Wall St in Downtown Los Angeles. Firefighters arrived to find a 50’ x 100’ row of commercial units with heavy smoke showing.  Immediately, crews initiated simultaneous operations with truck companies going to the roof, firefighters working on forcible entry to gain access and hand lines being prepared for interior fire attack.

The 6,900 square foot building, built in 1924, is deep and presented challenges reaching the fire. After approximately 20 minutes of working to locate the seat of the fire while it continued to rage, the conditions were too precarious for the offensive operation to continue.  Incident Commander, Battalion Chief Michael Castillo, declared the transition to a defensive operation and all firefighters withdrew both from the interior and the roof. 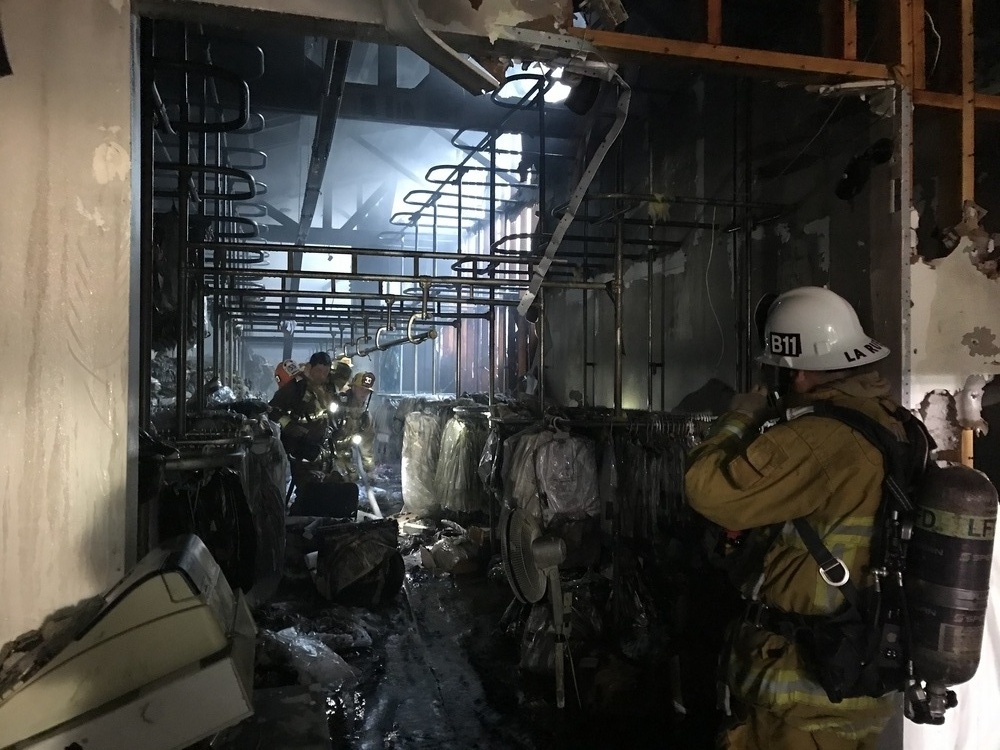 Crews quickly put multiple master streams in action, setting up ladder pipes and large diameter hand lines on the ground and the roofs of adjoined buildings.  Their dedicated efforts in defending the two attached buildings on either side of the fire unit paid off and prevented any extension into those structures.

102 firefighters achieved full extinguishment of the fire in one hour and 49 minutes with no injuries reported.  The three units in the main building suffered varying levels of damage with the central unit being most heavily affected. LAFD Arson and Counter-Terrorism Section responded per protocol for a Greater Alarm fire and the cause investigation is on-going