While heavy fire billowed from the attic of a craftsman style home, firefighters aggressively defended the exposed four-plex and limited the fires extension, saving the living areas from damage.

At 3:52PM on February 26, 2021 the Los Angeles City Fire Department responded to a reported structure fire in the 1500 block of W 8th Street in the Westlake community. Firefighters arrived only four minutes later to find an outside fire extending into a one story, craftsman style dwelling and exposing a two story four-plex.

With multiple structures at risk, additional companies were requested and the incident reached the Major Emergency level.

Two separate fire attack and roof ventilation operations ensued while more firefighters checked an exposed commercial building built onto the back of the craftsman.  A well entrenched attic fire quickly extended to the commercial add-on and created more flames which lapped up the eaves of the four-plex and took root in it's attic as well.

While the truck companies on the roof of the four-plex worked to ventilate and extinguish the attic fire, crews on the inside conducted salvage operations to protect the contents from water damage. Their combined efforts were successful and the fire was contained to only a portion of the attic and did not damage the living spaces below. 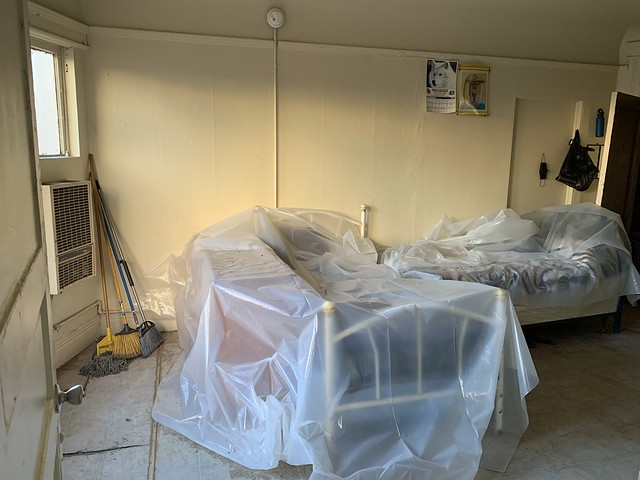 The craftsman and attached commercial building sustained the heaviest damage. 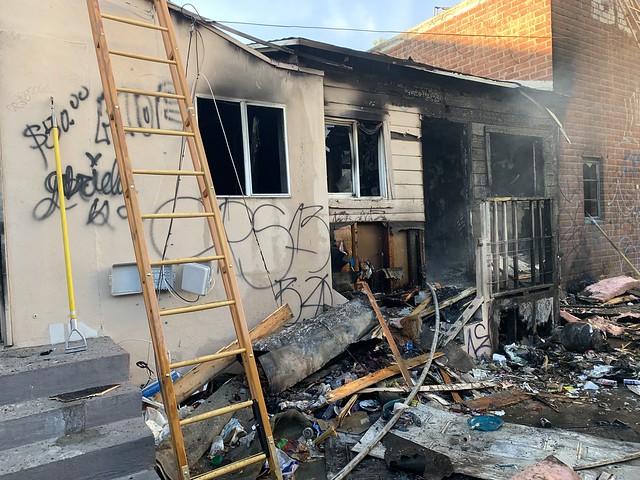 The 105 firefighters, operating under the command of Assistant Chief Timothy Ernst, fully extinguished the fire in all three structures in 31 minutes. One firefighter was transported for non-life threatening burn injuries limited to one arm.

Per protocol, the LAFD Arson and Counter-Terrorism section is actively investigating the cause of the fire.