In December, 2016, Engine 12 and Rescue Ambulance 34 were dispatched to an unknown medical call at an apartment in East Hollywood.

Engine 12 made contact with the patients father on scene who stated she had taken pills and was acting erratic. Firefighter Saldana was the first to make contact with the patient who was highly emotional and upset. She admitted taking an unknown amount of unidentified pills and repeatedly screamed for everyone to leave her alone and to not touch her. Our members wisely requested LAPD to respond and awaited their assistance to further safely assess the patient and transport her to a hospital. 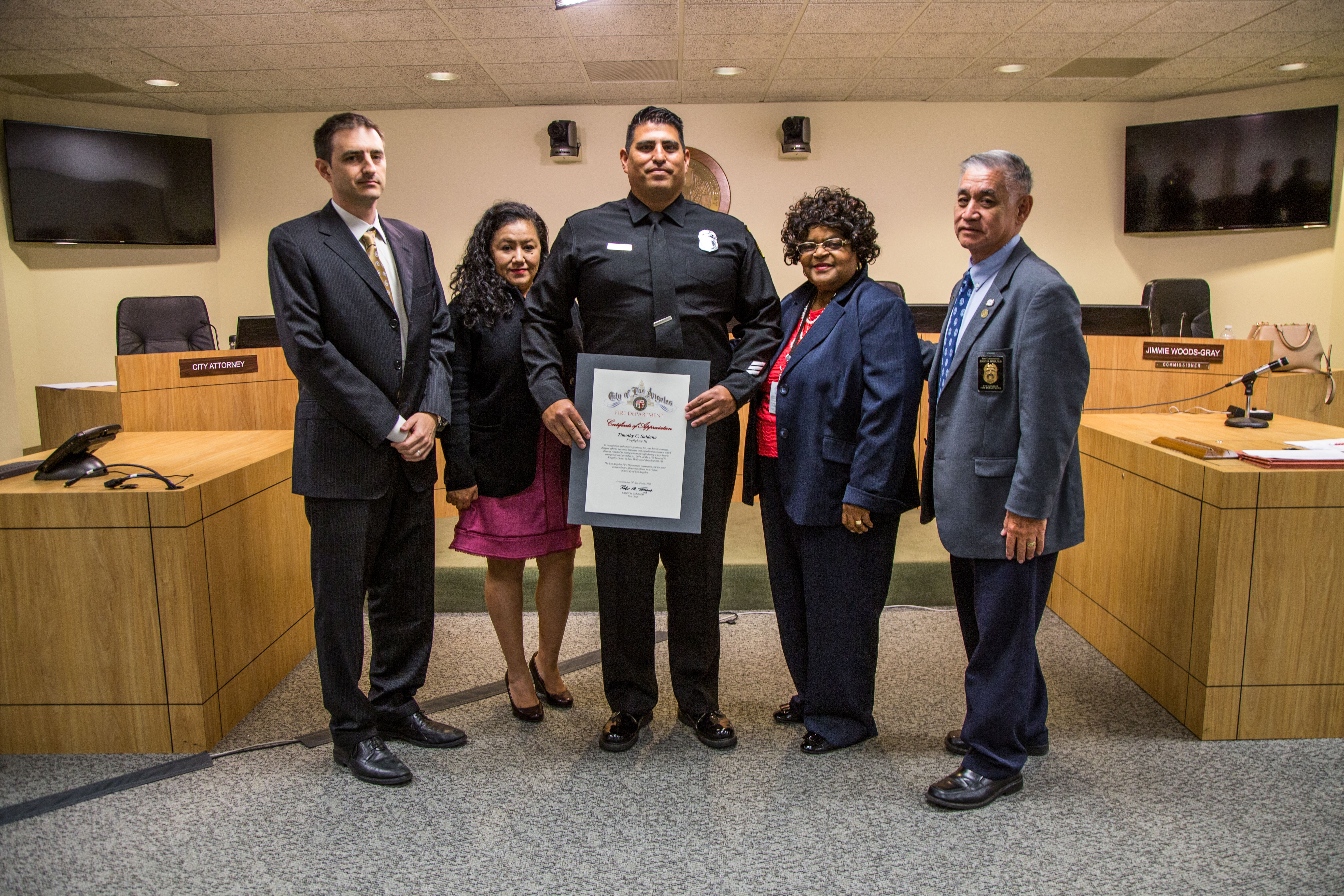 Meanwhile, the patient became increasingly agitated and repeatedly stated, “I deserve to die and just want to kill myself”. Due to these threats, Firefighter Saldana thought-to-himself that if the patient made any sudden threatening movements, he would react.

While maintaining a heightened sense of awareness, he and his Captain assumed non-threatening posture and remained with the patient in the kitchen. However, while waiting for LAPD, the patient suddenly and without warning, jumped out of her chair and ran to the kitchen drawer. Firefighter Saldana enacted his predetermined plan and without hesitation jumped into action after her. He grabbed her hand out of the drawer, and sure enough, she was holding a sharp 5” steak knife. The other firefighters were able to quickly and safely assist disarming the teen and transported her to a local hospital, so she could get the help she desperately needed.

Our LAFD members, notably Firefighter Saldana’s quick action diffused a situation that could have potentially caused great bodily harm to the patient and to our members on scene.