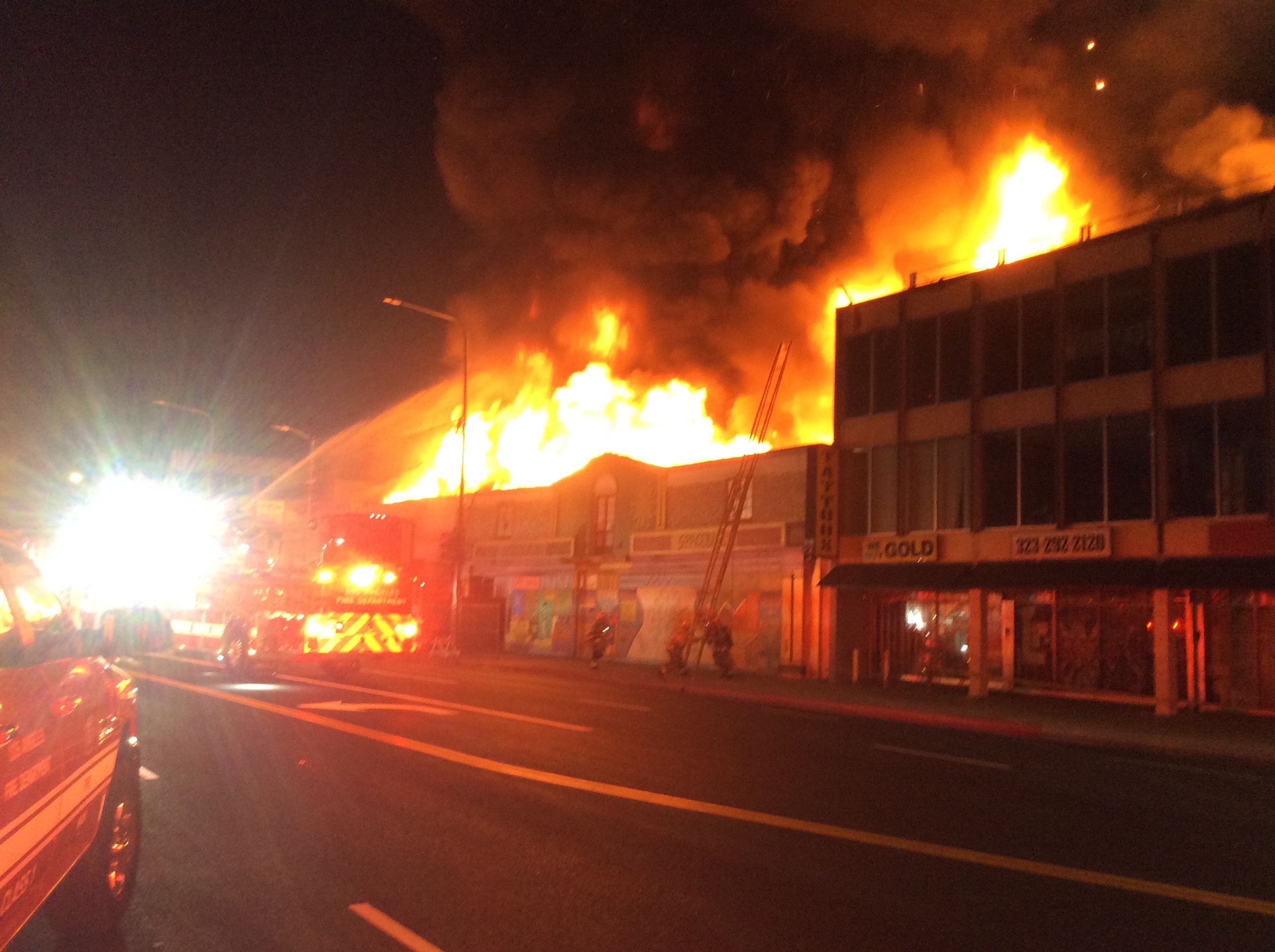 A fierce battle late into the night resulted in a large commercial building being saved from damage by a neighboring blaze.

At 12:24AM on January 20, 2021 the Los Angeles City Fire Department responded to 4401 S Crenshaw Blvd for a reported structure fire.

Crews arrived to find a two story, vacant commercial building with fire showing from the roof. Firefighters immediately initiated an offensive operation, forcing entry into the building while truck companies went to the roof to conduct a ventilation operation.

The fire was centered in the corner occupancy (4357 Crenshaw) and upon LAFD arrival, had extended into the attached unit (4345 Crenshaw).  As fire attack made their way inside, they encountered a highly compartmentalized interior with a subterranean floor, causing difficulties in reaching the seat of the fire.  Just over 30 minutes into the incident, concerns regarding structural stability and fire overhead required the move to a defensive operation.

All crews exited the buildings and the roof to initiate master streams with ladder pipes and large diameter hand lines.

With heavy fire bearing down on the adjacent three story commercial building just a few feet away, firefighters worked diligently to defend it from damage. Their dedicated efforts paid off and the building remained unscathed.

A coordinated, multi-pronged attack by 160 firefighters, led by Assistant Chief Katie Kepner, resulted in an extinguishment of the fire at the 90 minute mark.

One firefighter was transported early in the incident for non-life threatening lower extremity injury sustained during the forcible entry phase of the operation.

The incident is under active investigation by the LAFD Arson and Counter-Terrorism Section, per protocol for a Major Emergency incident.