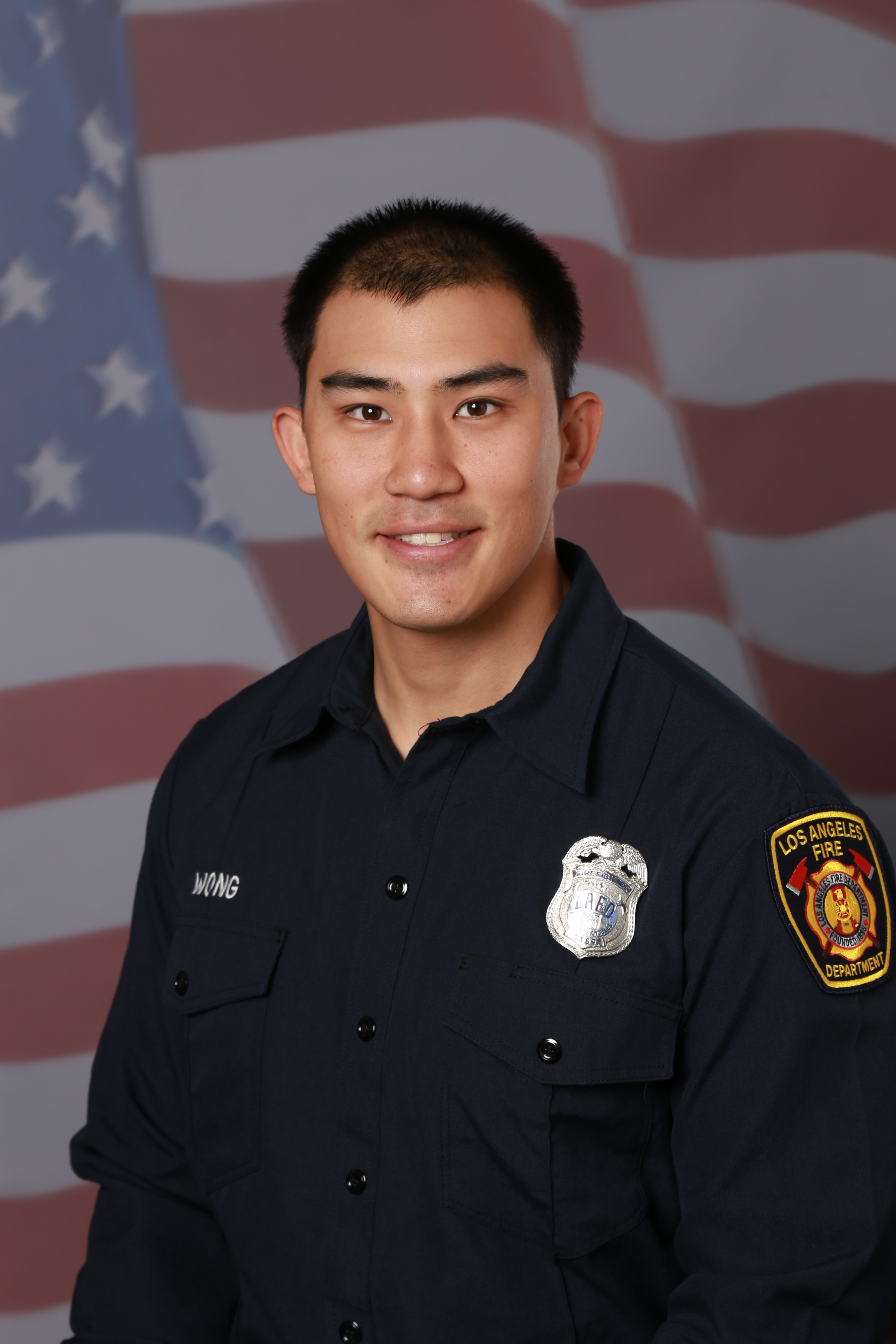 Firefighter Kelly Wong
LOS ANGELES-
The Los Angeles Fire Department (LAFD) is saddened to announce the on duty passing of Firefighter Kelly Wong.
Firefighter Wong, 29, fell from an LAFD aerial ladder while participating in a training exercise Downtown on the morning of Saturday, June 3. Fellow firefighters and paramedics rendered immediate medical attention and transported him in critical condition to a local trauma center. Despite the heroic efforts of doctors and nurses at the hospital, Firefighter Wong succumbed to his injuries early Monday, June 5.
He was a two year veteran of the LAFD and was assigned to Fire Station 92 in Rancho Park at the time of his passing. He was scheduled to transfer to Fire Station 9 serving Downtown and Skid Row on June 12 and was working at that station at the time of the accident.
Firefighter Wong graduated from the LAFD Recruit Academy on Terminal Island in August 2015, earning accolades as the top academic performer in his class.
“I join the men and women of the LAFD in mourning Firefighter Wong's sudden passing,” said LAFD Chief Ralph Terrazas. “It is always a tragedy to lose one of our own, especially an accomplished individual who was still at the beginning of what was certainly going to be a promising career."
Firefighter Wong is survived by his wife Danielle, his infant son Colton, his mother Ann, his mother-in-law and father-in-law Barbara and Michael Quinlan and his sisters-in-law Nicole and Stephanie.
The LAFD, in conjunction with state safety agencies, are conducting an investigation into the circumstances surrounding this tragedy.
UPDATE: Candlelight Vigil for Firefighter Wong
Date: Monday, June 12, 2017
Time: 7:00 p.m. to 8:00 p.m.
Location: LAFD Fire Station 92, 10556 W. Pico Blvd., Century City
UPDATE: Firefighter Wong's Celebration of Life
Date: Friday, June 16, 2017
Time: 9:00 AM
Location: Cathedral of Our Lady of the Angels
555 W Temple St, Los Angeles CA 90012
Live Stream: http://olacathedral.org/live and http://facebook.com/olacathedral
OUTSIDE FIRE / POLICE AGENCIES:  For those wishing to attend, please register at www.lafdmemorial.org (not required for the public)