ARTS DISTRICT - A fierce fire in a non-operational downtown warehouse undergoing demolition, challenged firefighters for more than an hour Tuesday morning, but thankfully caused no injury.

LOS ANGELES - Despite outside temperatures exceeding 100 degrees and a fire initially encroaching on several homes, firefighters waged an aggressive battle and defended a hillside neighborhood.

The Los Angeles City Fire Department (LAFD) extends its most sincere condolences to the family and friends of Firefighter III/Paramedic (FF/PM) Jose M. 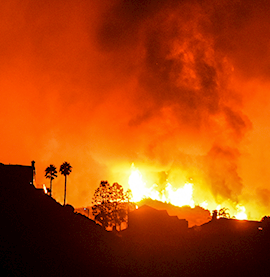 The Los Angeles Fire Department encourages you to be prepared in the event of a brush fire. For those of you living near the current incidents, be vigilant and keep your TV or radio on. Make certain you have your family critical papers, phone data, pets, and other valuables ready to evacuate if so directed. 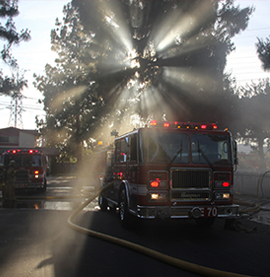 To increase public safety, the Fire Department and Department of Transportation have created a program to remove illegally parked vehicles in posted locations within the Very High Fire Hazard Severity Zones. The goal of this program is to educate the public on the potential hazards associated with a fast-moving brush fire, and the importance of keeping roadways clear. 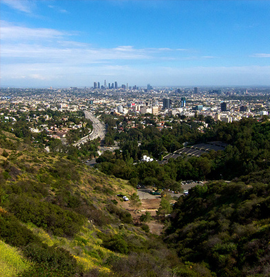 The canyons of Los Angeles are always a challenge in terms of fire safety. In addition to obvious brushy hillsides, there are multiple types of fire hazards that exist because of ornamental vegetation. The Los Angeles Fire Department works year-round to ensure those with this type of shrubbery obey the Fire Code relative to clearance and care.