Print
Overview
The Arson Counter-Terrorism Section (known as “ACTS”) was originally established in 1918 and was known as the “Arson Squad." All Investigators are Peace Officers under 830.37 of the California Penal Code. 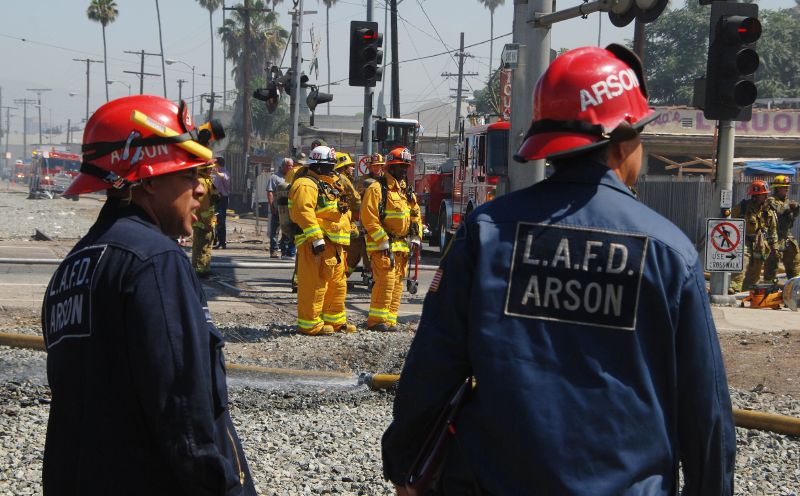 Organization
The Arson Counter-Terrorism Section is currently comprised of one Battalion Chief, one Captain II, one Captain I, and 19 Arson Investigators. One of the arson investigators is assigned as the handler for an accelerant detection K-9. Six of the Investigators are assigned to a 24-hour shift on a 3-platoon rotation. Supervisors and 13 investigators are assigned to a 4/10 schedule. The Section investigates the following types of incidents:
The Los Angeles Fire Department covers approximately 469 square miles. In 2021, there were approximately 17,000 fires in the City. Statistics include approximately:
Contact Information
LAFD Arson Counter Terrorism Section
1700 Stadium Way, Room 109
Los Angeles, CA 90012
(213) 893-9800
Email: lafdarson@lacity.org
Business Hours: Monday-Friday 7:30am-3:30pm
To report the crime of arson or to speak with Arson Section staff please use the email information above.