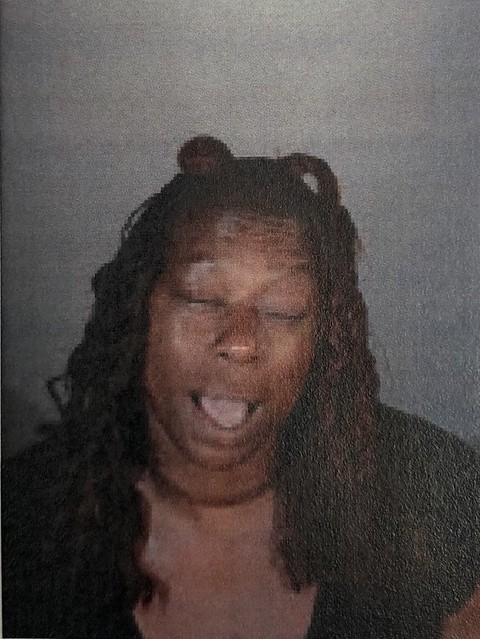 On April 21, 2019, a structure fire occurred at 2936 S Rimpau Blvd. The building is two story, wood frame stucco, duplex. There are two separate addresses and two families living in this building.

At approximately 6 AM that morning, Walker distributed gasoline on the outside of the building and on the ground. She then used a crowbar to break a window into the residence. Walker ignited the vapors of the gasoline with matches causing the fire. The fire progressed into the unit through the broken window, burning the inside and blocking the exit.

There were three victims inside the residence at the time of the fire. They were forced to flee upstairs to the second floor. In order to escape the blaze, all three victims were forced to jump out of a second story window. While jumping for their lives, one of the victims broke her back when she landed on the ground.

Walker has a significant criminal history. Given her history, the ACTS partnered with LAPD’s Fugitive Warrant Squad to make the arrest. Walker was taken into custody without incident and a loaded firearm was recovered during a search of her residence.

Battalion Chief Scott Anderson, the commander of ACTS, related that this case has been a top priority for the LAFD and that our arson investigators have devoted hundreds of hours to developing leads, reviewing surveillance videos, obtaining search warrants, and ultimately securing an arrest warrant. Chief Anderson stated, “We want to bring justice to the victims and make sure these types of fires don’t happen again.” Additionally, Chief Anderson related, “I’m very proud of the work that our arson investigators have done in solving this case.”