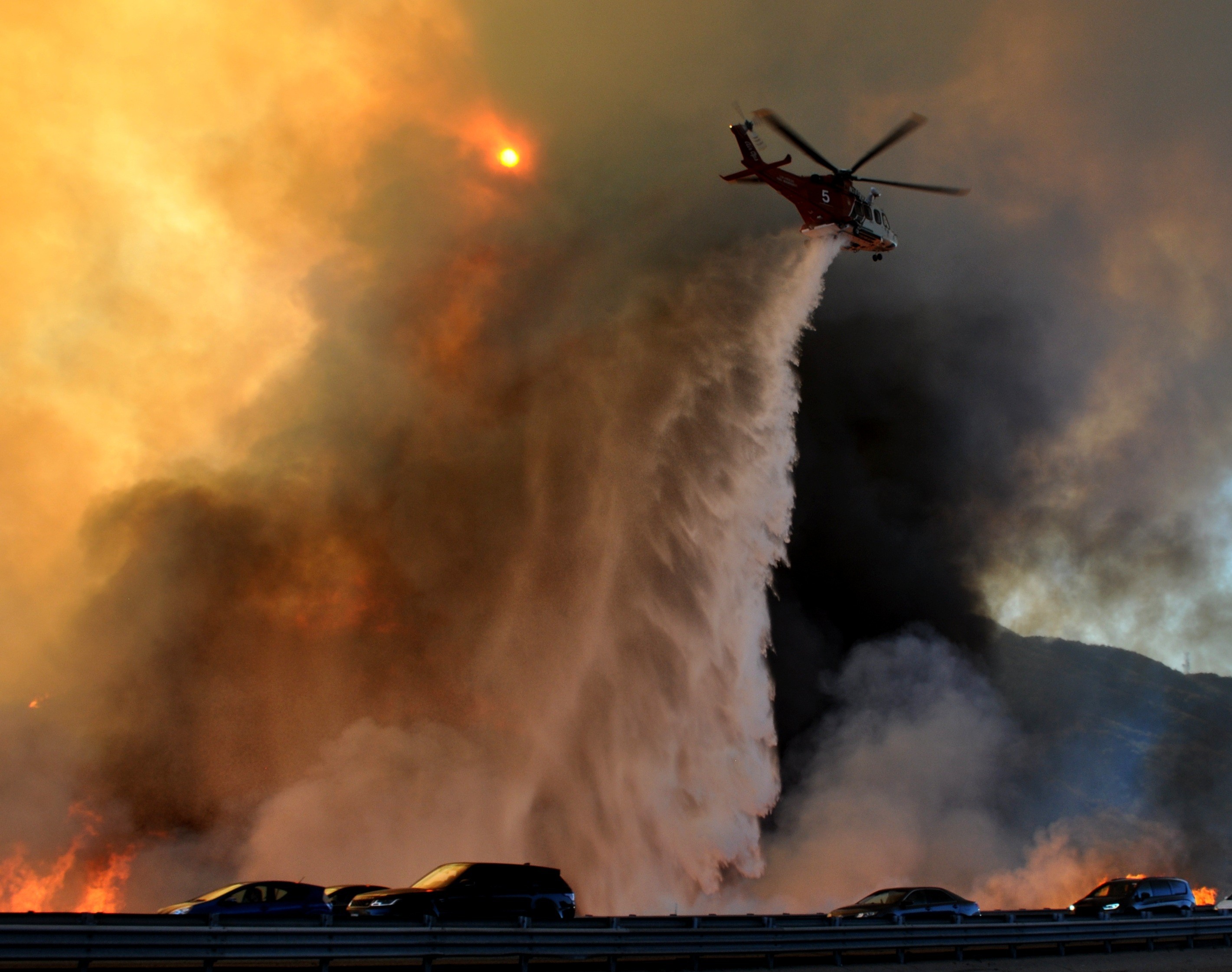 A powerful photograph captures both the eye and the imagination. It speaks to one moment in time, capturing a scene and communicating it in a way no words can match.

In December, the 2nd Annual LAFD Photo of the Year contest invited professional photographers to submit their best work, to be voted on by the public. The contest showcased 19 images, each uniquely depicting the LAFD, and the voters made their choice.

Incident: Brush fire along I5 near Castaic

Having served over 38 years on the LAFD before retiring, Rick has extensive experience fighting fires but has even more photographing them. What started as a hobby  50 years ago, turned into a life-long passion. His winning photo captured Fire 5 helicopter assisting Los Angeles County Fire Department with a water drop at a brush fire along Interstate 5 near Castaic. 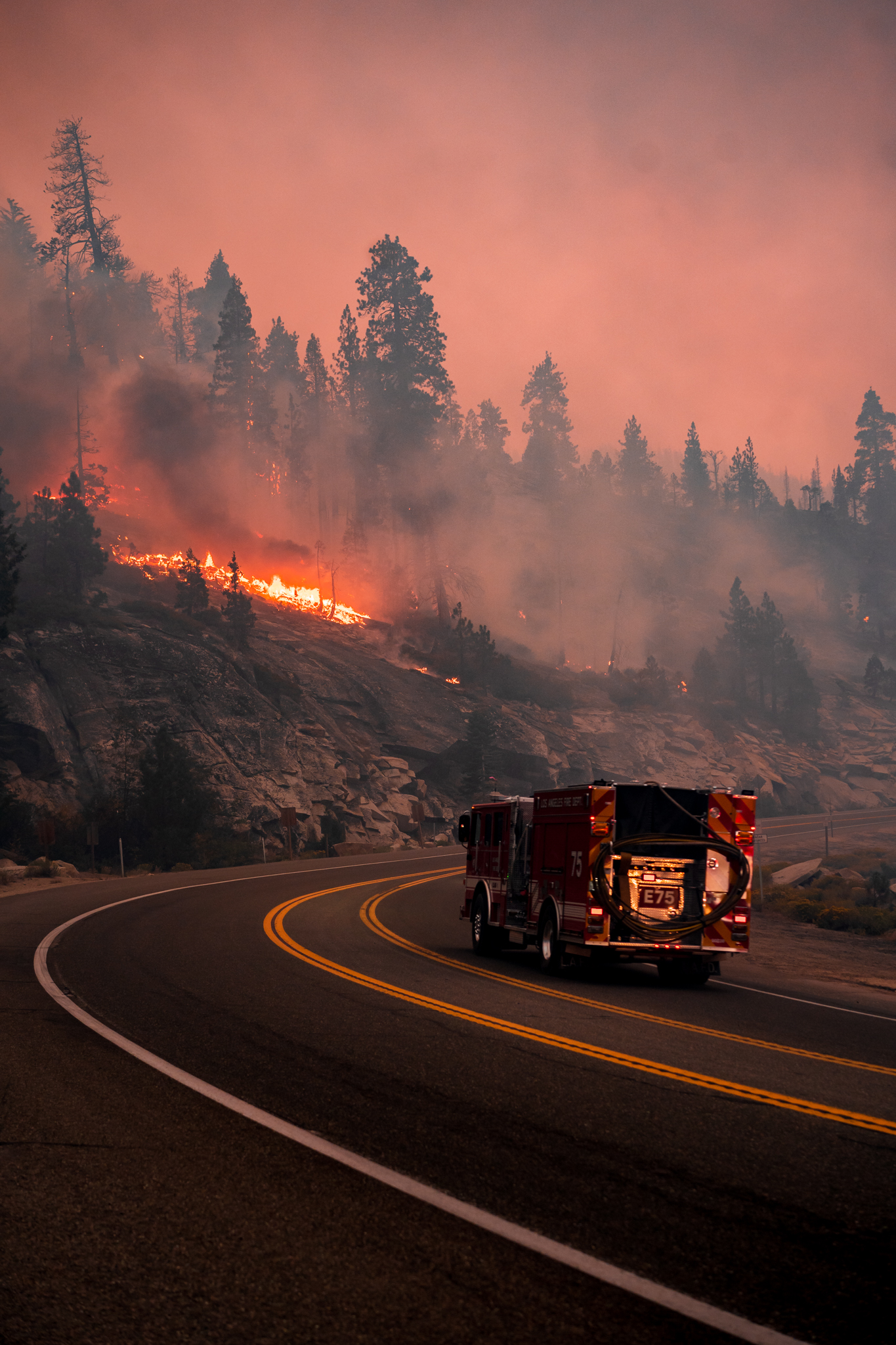 Jake’s winning photo highlighted E75, which serves the community of Mission Hills, while on deployment to the Caldor Fire in El Dorado and Amador counties. This massive brush fire, in the mountains of the Sierra Nevadas, ultimately destroyed over 221,000 acres over a two month period. That equates to 347 square miles, closely approaching a footprint the size of the City of Los Angeles. 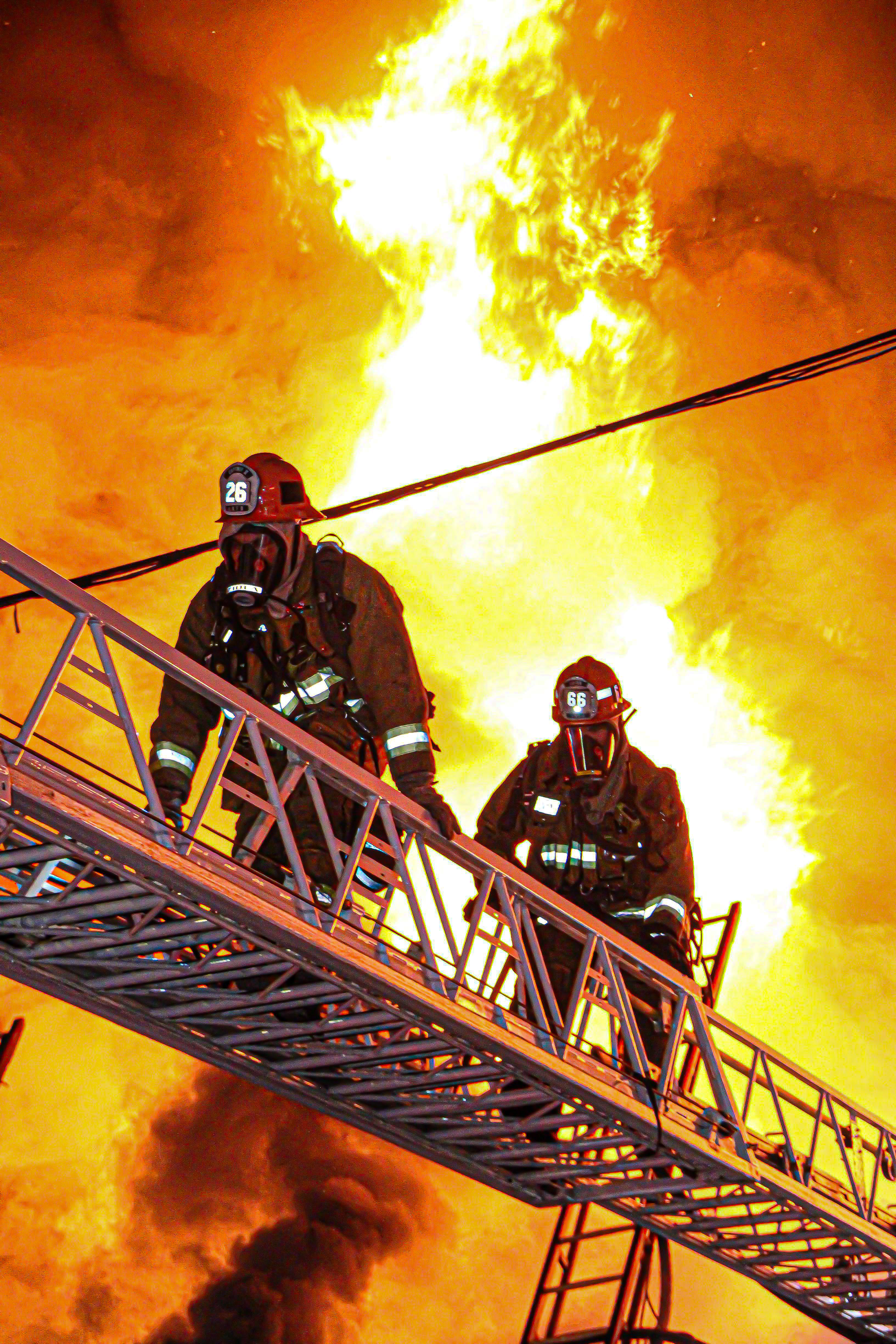 Korey’s photo captures an iconic firefighting image, ascending the aerial ladder with fire ablaze in the background. This Major Emergency had 160 firefighters working not only to extinguish the fire but to prevent the blaze from damaging the adjacent three story building. Their efforts paid off and this photo captures the intensity of that fight.

Each of the winners will receive a 'swag bag' from the LAFD Foundation, a challenge coin from the Fire Chief and a feature in the Grapevine Magazine, published by the LA Fireman's Relief Association.