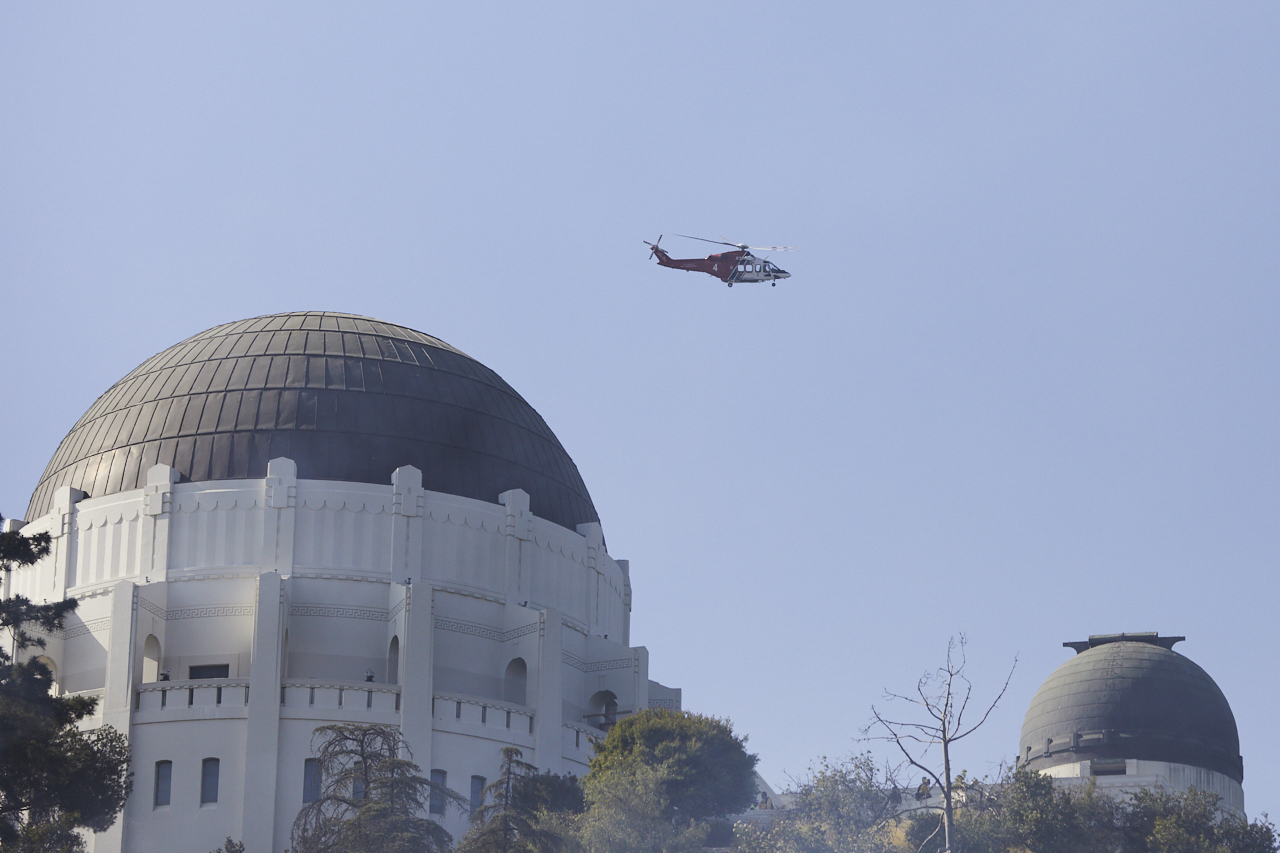 At 2:43 PM on Tuesday, May 17, 2022, LAFD firefighters responded by ground and air to a brush fire burning on the hillside below Griffith Observatory in the Loz Feliz neighborhood of Los Angeles. Three water-dropping helicopters focused their efforts on the edge of the fire nearest the Observatory, while ground units flanked both sides.

Ninety-two LAFD firefighters stopped forward progress of the wildfire in just over one hour. While there were no formal evacuations called for by the Incident Command, the staff chose to evacuate their Observatory as a precaution. Park Rangers closed the trails, keeping hikers out of danger. Firefighters' efforts protected this Los Angeles landmark, which sustained no damage. No other homes or structures were threatened, and no reported injuries.

A person-of-interest (in the general area of the incident) was questioned by LAPD and is in custody. The cause of the fire remains under active investigation in a joint effort by LAPD and LAFD's Arson Investigators.