LEIMERT PARK - An early morning fire inflicted minor damage to a historic Leimert Park movie theater undergoing extensive renovations, but thanks to the quick work by firefighters, the structure was saved. 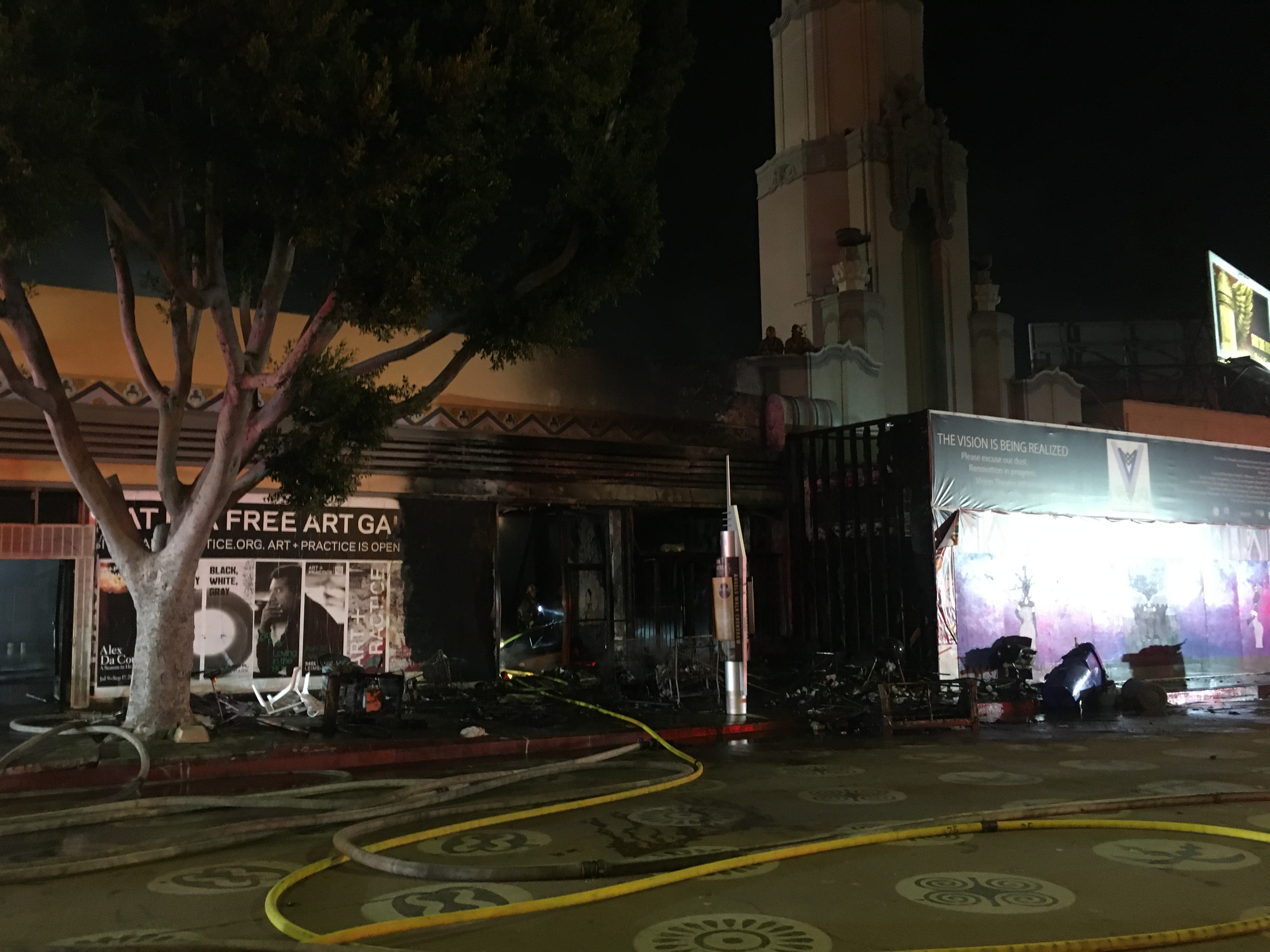 LAFD firefighters were summoned to the Vision Theatre at 4498 S. Leimert Blvd. on reports of an outside trash fire at 4:35 a.m. on Tuesday, April 21, 2020. The initial fire company on scene discovered an exterior fire at a vacant business next door to the theater, which first opened as the art-deco, Spanish-style Leimert Theatre exactly 88 years ago on April 21, 1932.

The fire was extending into the vacant business and impinging on the theater so the response was immediately updgraded to a structure fire assignment. Flames spread to the theater's exterior marquee as firefighters deployed hose lines to battle the blaze in the vacant building next door. Ultimately, a Greater Alarm assignment of 105 firefighters was able to skillfully extinguish the fire in just 25 minutes, confining the impact of the blaze on the theater to a small amount of damage on the marquee. The adjacent vacant business was heavily damaged as the fire burned in the rafters and ceiling of that building. There were no reported injuries and the cause of the fire is currently undetermined.

Photo: Hose lines going into a one-story commercial building after a fire.