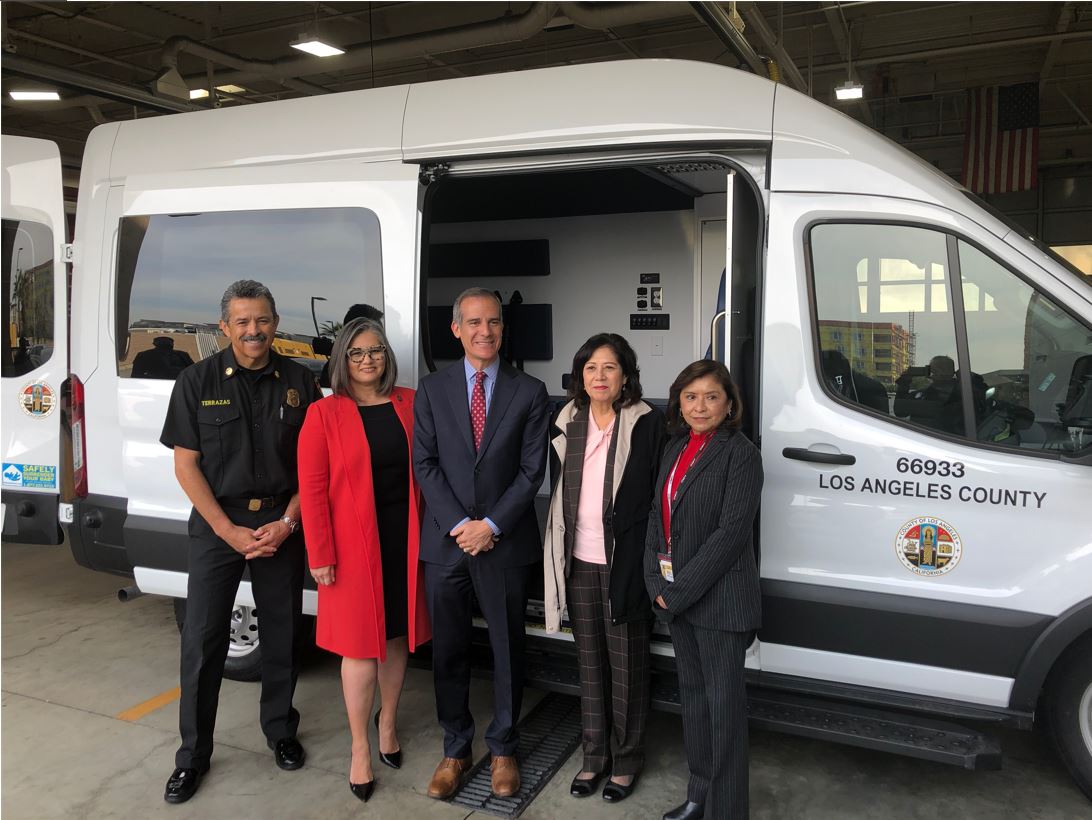 City and County of Los Angeles leaders gathered on March 3, 2022 to announce the expansion of a pilot program offering specialized mobile assistance and transportation for those experiencing serious psychological crisis in the City of Los Angeles.

Now underway, the year-long pilot program will soon expand to a total of five Therapeutic Vans, each owned by the County of Los Angeles and staffed by a Department of Mental Health Psychiatric Mobile Response Team comprised of a clinical driver, psychiatric technician, and a peer support specialist, all dressed in civilian attire.

.@LACDMH has launched therapeutic vans to assist emergency responders for non life-threatening mental health emergencies. Services are available 24/7 and are deployed by the 9-1-1 system. pic.twitter.com/hDY3fPj6Cx

The GPS tracked Therapeutic Vans will be radio dispatched by LAFD Dispatchers to join LAFD responders already at the scene of a medical emergency, when those crews have determined a Psychiatric Mobile Response Team is best suited to support a patient experiencing a serious psychological crisis.

When and where appropriate, the Therapeutic Van will be used to comfortably and expeditiously transport the patient directly to a Psychiatric Urgent Care Center, bypassing the otherwise required process of having an LAFD ambulance first take the patient to a hospital emergency room for clinical examination and clearance, before that person could be taken to yet another facility for psychiatric support.

The program goal is to provide a better experience and outcome for the patient by improving the speed and ease of access to specialized care, while freeing up first responders and vital hospital emergency room resources.

With the latest County of Los Angeles, Department of Mental Health Therapeutic Van now in service and operating from LAFD Station 94 in the Crenshaw District / Baldwin Hills area of Southwest Los Angeles, we are pleased to share this brief video update: