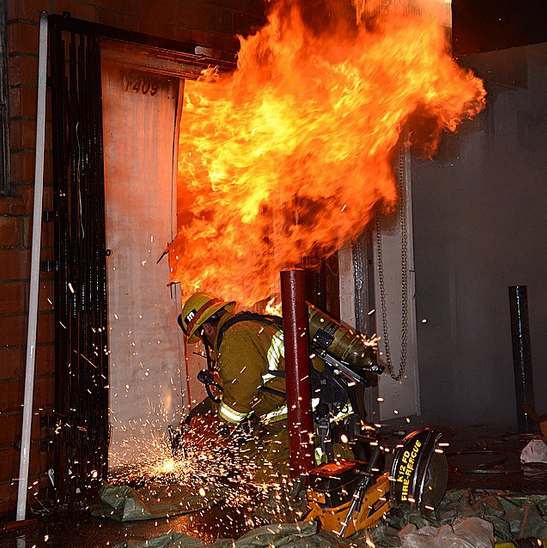 Just after 2:30 AM, LAFD respond to 1409 Santee Street to find a row of one-story commercial buildings and smoke in the area. Firefighters conducted an investigation and found one unit with heavy fire inside which began to burn through the roof. Firefighters forced entry into the unit with rotary saws and mounted an aggressive interior attack with hose-lines.
Simultaneously, firefighters from truck companies laddered the burning structure and cut holes on the roof with chain-saws to release the hot gasses and smoke. Meanwhile the Department of Transportation was requested to assist with traffic control due to a civilian vehicle running over a supply hose-line causing it to rupture.