The Los Angeles City Fire Department (LAFD) has signed an agreement to become  the first fire department in North America to purchase an electric fire engine from Austrian-based manufacturer Rosenbauer.

The new apparatus is based on Rosenbauer’s Concept Fire Truck (CFT), which visited Los Angeles last fall for a demonstration. The new fire engine will be customized for the specific needs of the LAFD while meeting all of the safety standards set forth by the National Fire Protection Association. The Department expects to take delivery of the new engine in early 2021 and will likely assign it to Fire Station 82 in Hollywood.

“I am excited that we are the first Department in North America to order this cutting-edge fire engine,” said LAFD Chief Ralph Terrazas. “The electric fire engine is an innovative tool that will help reduce noise and harmful diesel emissions while providing a flexible tool for firefighting and rescue operations from a technologically advanced platform. We are looking forward to evaluating it in a real-world environment once it hits the streets of Hollywood next year.”

“The future fire truck is fundamentally different from the vehicles which are in service at the fire stations today. It is multi-functional, fully connected and its flexible interior can be used as a fully featured command center. Its floor can be lowered facilitating minimum boarding and working levels. Electric engines reduce noise and pollution. I am particularly delighted to receive the order from the Los Angeles Fire Department, which really is a fantastic vote of confidence,” says Dieter Siegel, CEO of Rosenbauer International. “Together, we will develop a production-ready fire truck that meets all the safety standards of the NFPA and can seamlessly be brought into real operation further down the line.”

The pre-series engine based on the CFT will have two batteries with a charge capacity of 100 kilowatt hours. This enables fully electric operation for roughly two hours and an on-board diesel generator can be activated for extended operations. The LAFD will equip the station that houses the electric engine with rapid-charging technology to ensure the apparatus is always ready to respond to calls for service. 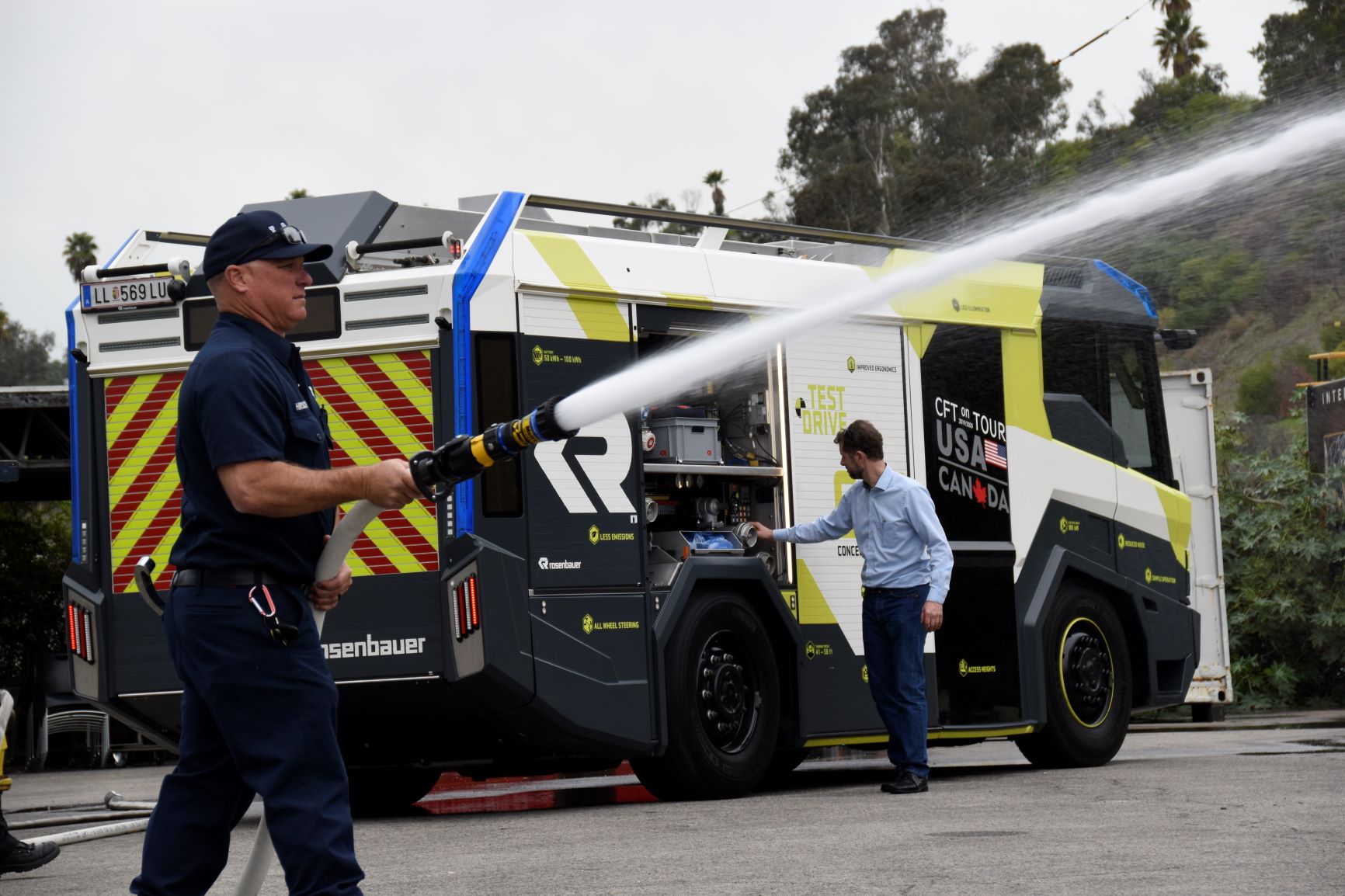