LOS ANGELES – There were eight civilian deaths in the City of Los Angeles attributed to accidental residential structure fires in 2019, the lowest number on record, while the Los Angeles City Fire Department (LAFD) responded to nearly half a million calls for service during the year, a record high.

“Every fire fatality is a tragedy, and though we saw a record low number in 2019, I want to remind Angelenos to take the basic steps to prevent serious injuries or deaths in residential fires,” said LAFD Chief Ralph Terrazas. “It’s been proven time and again that functioning smoke alarms save lives and in conjunction with a family escape plan, provide the best chance for survival in a structure fire.”

According to the National Fire Protection Association (NFPA), there were 2,720 residential fire deaths nationwide in 2018, the most recent data year available. They accounted for 74% of all civilian fire deaths in the U.S.

Starting in 2014 the LAFD increased its efforts through its Community Risk Reduction (CRR) Unit to educate the public about the importance of functioning smoke alarms and other residential fire safety tips. The key element of this campaign is the Smoke Alarm Field Education (SAFE) Program.

The SAFE Program is deployed after a residential structure fire that causes serious civilian injuries or fatalities. Teams of LAFD firefighters are joined by members of MySafe:LA, a non-profit fire and life-safety organization, as they canvass the affected neighborhood. The SAFE teams provide fire safety information; check existing smoke alarms, and distribute new smoke alarms and batteries to households in need.

The LAFD’s ambulance transport figures declined slightly during 2019. The Department transported 215,605 patients to local hospitals, a 0.6% decrease from the prior year.

In the past few years, the LAFD has been a leader in piloting and deploying alternative medical response and transportation resources in order to better tailor patient care and destinations to specific medial need. Those resources include the Sobriety Emergency Response Unit; the Alternative Destination Response Unit; the Advance Practitioner Response Unit, and the Fast Response Vehicles, as well as bicycle EMS units at LAX. The Department will continue the evaluation and expansion of these and other new, progressive EMS initiatives in 2020 to continue providing Angelenos with the finest fire and emergency medical service in the nation. 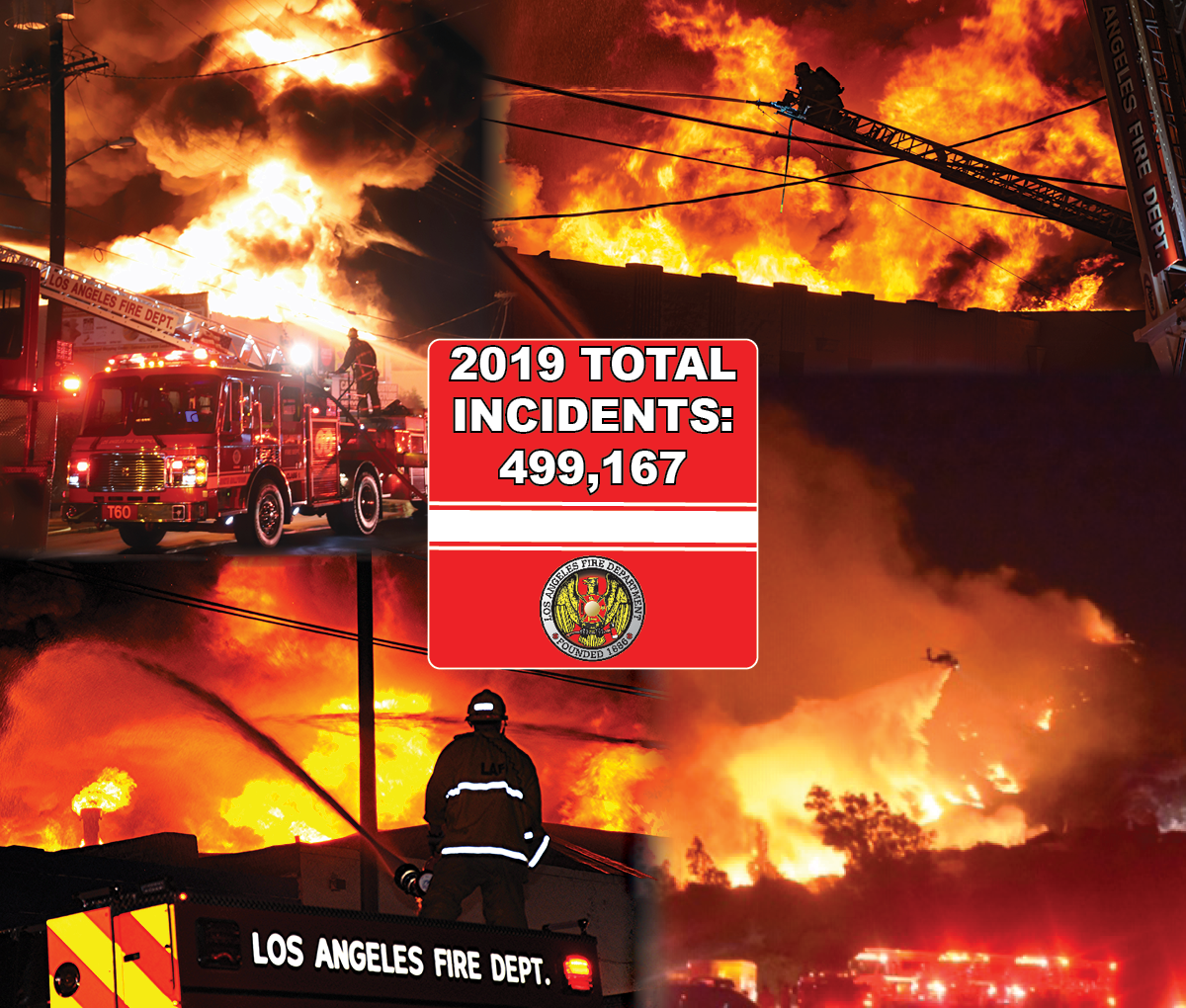 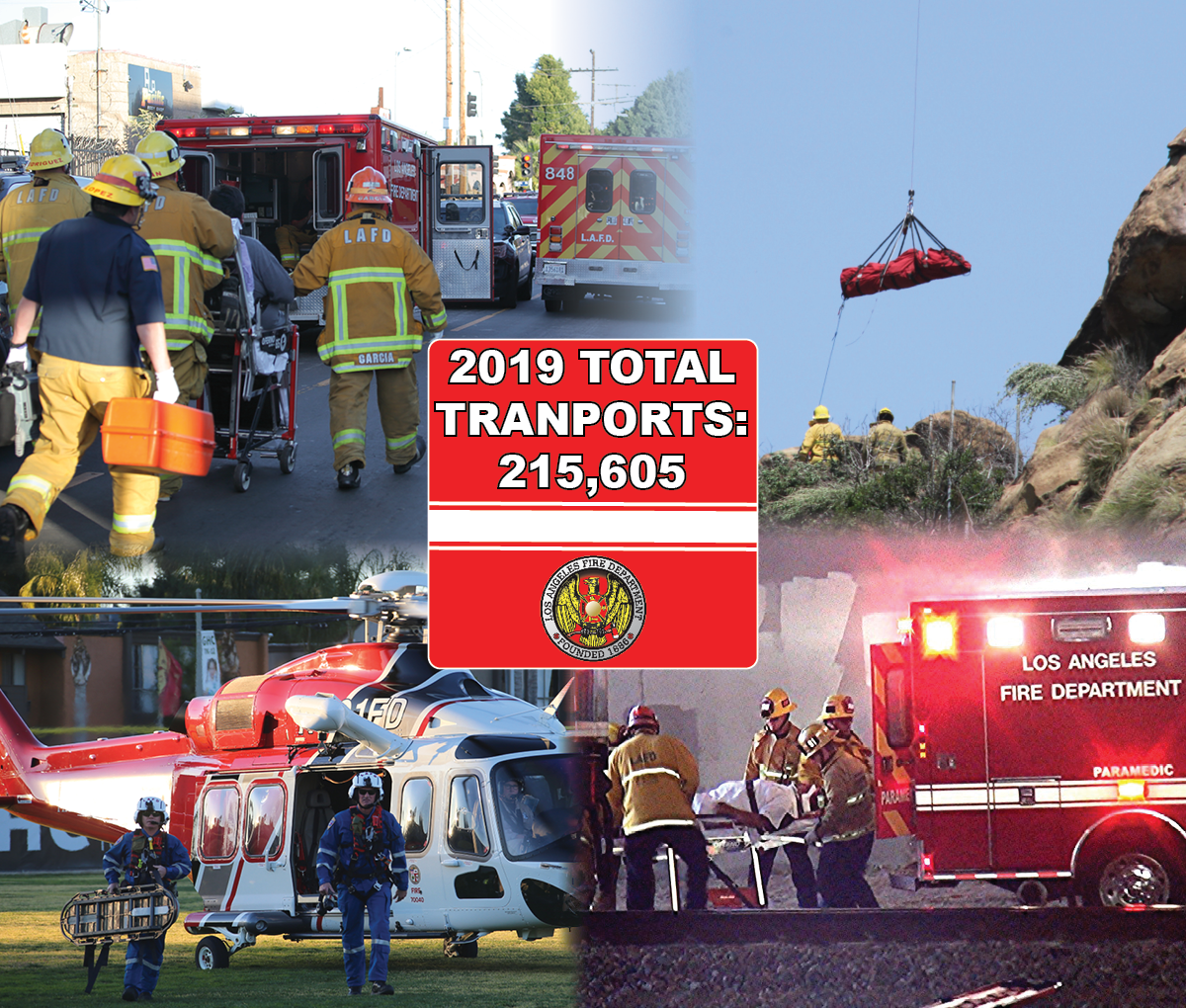