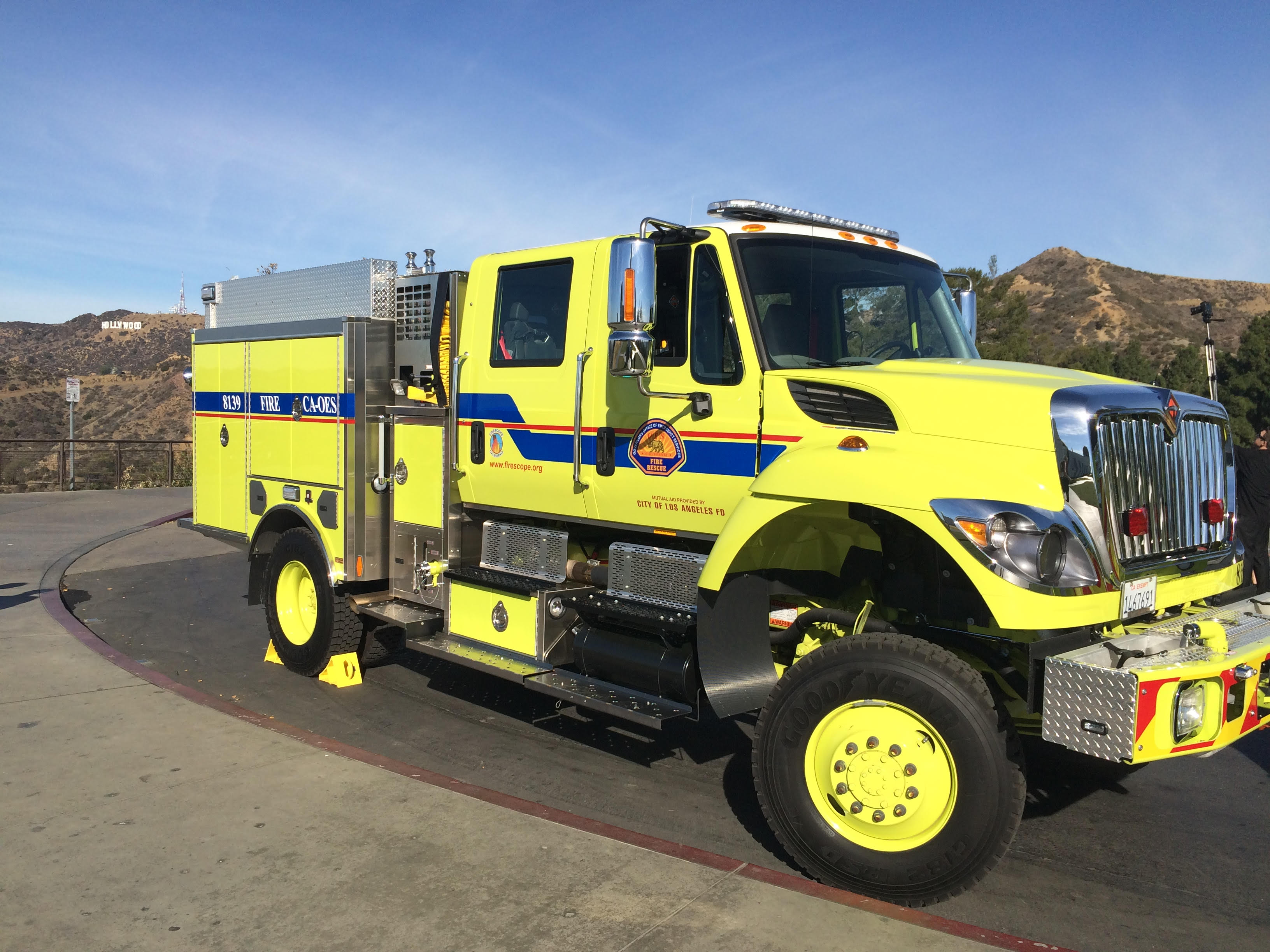 These new 4x4 off-road capable fire engines will be used as front-line and mutual-aid resources against brush fires and can assist in the event of catastrophic flooding from this winter’s predicted El Nino events.

Chief Terrazas was joined by Cal OES Director Mark Ghilarducci, and City Councilmember David Ryuat an event at the iconic Griffith Observatory to formally announce the arrival of these new firefighting resources. The LAFD was selected by Cal OES to house all five Region I fire engines and as part of the contractual agreement with Cal OES, the Wildland Engines will respond to mutual aid fire requests throughout California with LAFD personnel whenever requested.

“The LAFD was honored to receive these new fire engines, and I know they’ll be a valuable fire suppression and rescue resource for all Southern Californians,” said Chief Terrazas. “Brush fires no longer have a traditional season in California and we stand ready to respond with Cal OES whenever the call comes in.”

“Cal OES is proud to assign these specialized engines to the Los Angeles Fire Department in support of the overall mission to protect life and property of all Californians. Not only will these engines help with fire and rescue operations in the Los Angeles area, they will also enhance the capabilities of our robust State Fire mutual aid system,” said Cal OES Director Mark Ghilarducci.

Councilmember David Ryu, whose 4th District includes the Griffith Observatory and large portions of Griffith Park, said, “Our firefighters must have the resources they need to ensure the fastest response times possible when they receive a call for help. These new fire engines will assist to further protect our beautiful wildland areas and the surrounding neighborhoods.”

These fire engines will be strategically housed at LAFD stations in Los Feliz and the San Fernando Valley, available for emergency responses throughout the City. The vehicles’ four-wheel-drive, off-road capabilities make them ideal for the foothills and urban-wildland interface throughout the City of Los Angeles.