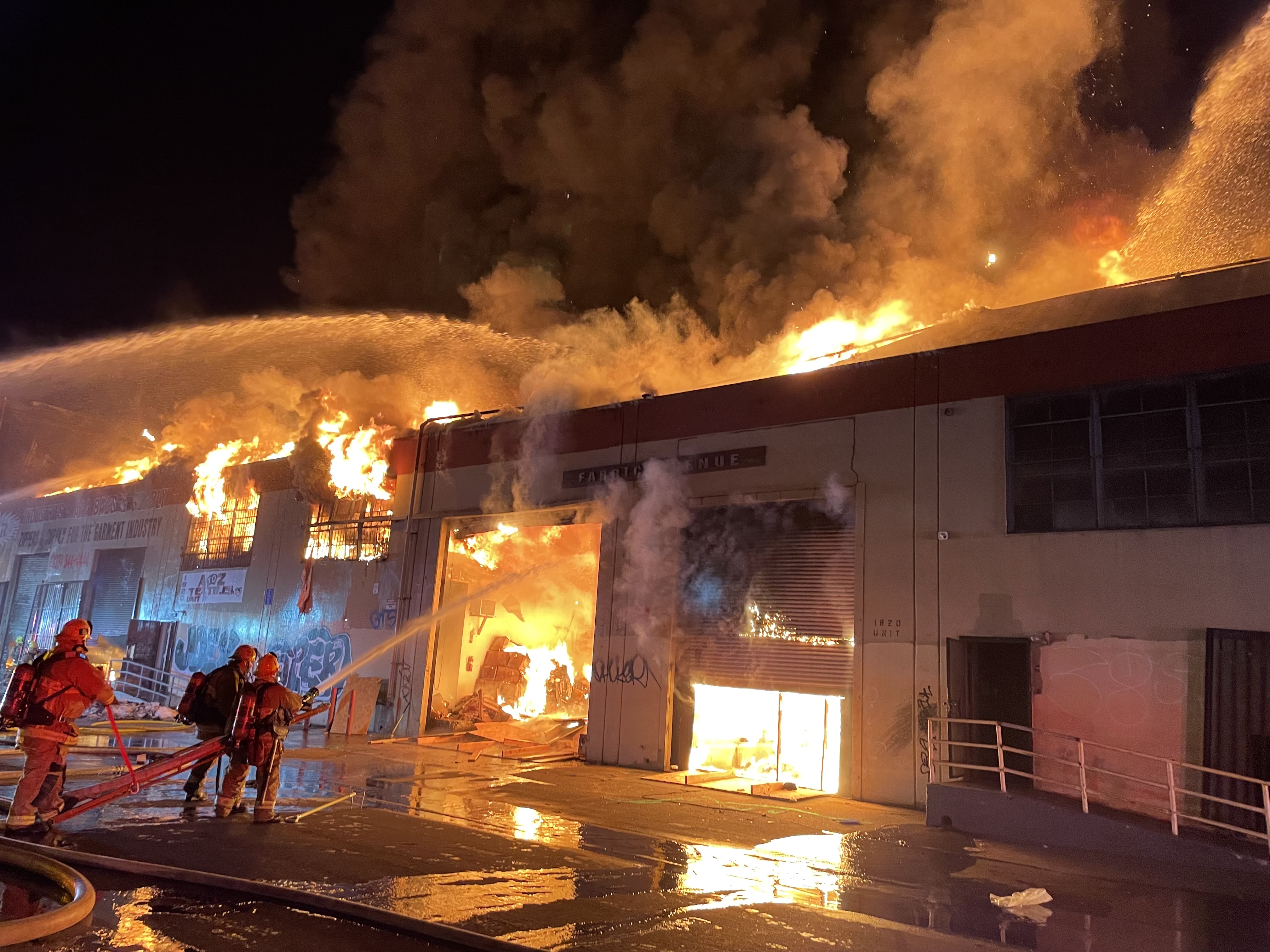 With heavy fire showing from a large commercial building upon arrival, firefighters immediately initiated a defensive operation which lasted well into the night before the blaze was under hand.

At 7:48PM on November 25, 2021 the Los Angeles City Fire Department responded to a reported structure fire at 1820 E 48th Place in the Central-Alameda area. The address, site of a Greater Alarm fire two nights prior, included four large, adjoining buildings which housed multiple businesses. Heavy fire was showing from one building, already through the roof upon LAFD arrival.

Truck companies deployed ladder pipes and engine companies flowed wagon batteries while establishing large diameter hand lines.  Forcible entry was required to open all the rolling steel doors and give firefighters access to the blaze from the exterior.

An entrenched battle continued through the night with 115 firefighters, under the command of Assistant Chief Kristina Kepner, working aggressively to defend the adjoining structures. Their efforts prevented the fire from extending and protected numerous businesses.