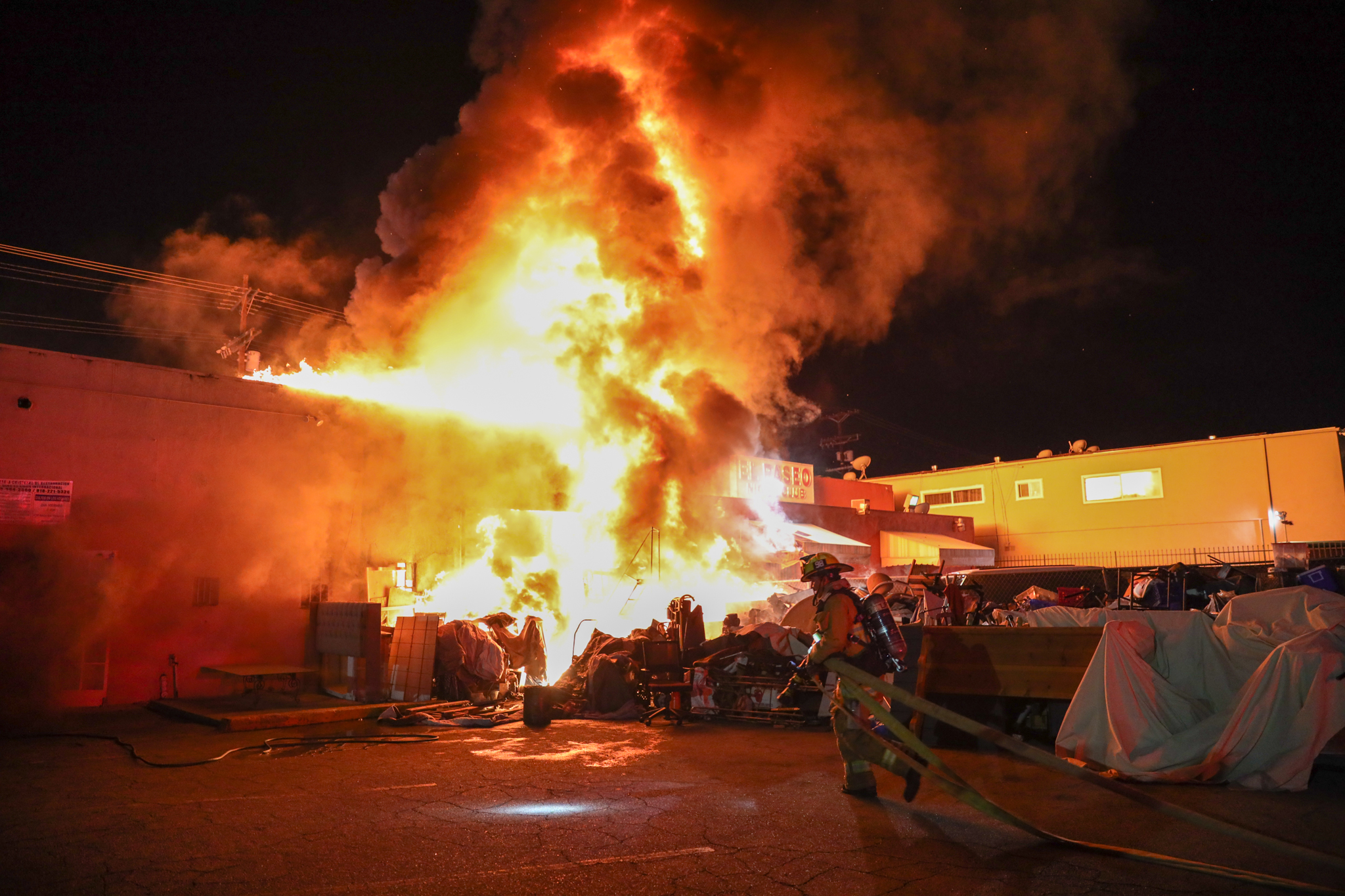 While fire raged in one unit, firefighters cut ventilation holes and made an aggressive interior fire attack to prevent the blaze from consuming a row of commercial businesses in Pacoima.

At 9:08PM on March 29, 2022 the Los Angeles City Fire Department responded to a reported structure fire in the 13200 block of W Van Nuys Blvd in Pacoima. The first arriving fire company found a row of one story commercial units with fire showing through the roof and quickly requested additional resources.

With the bulk of the fire in one unit (2nd in from the end), the focus was to prevent the horizontal spread to adjoining businesses. The truck company went to the roof and placed themselves ahead of the fire to initiate a strip ventilation operation. Strip ventilation extends the entire width of the unit and creates a fire break which slows the fire's progress.

Meanwhile, an interior attack began but quickly encountered excessive storage conditions inside, hampering their progress. With the fire intensifying, the Incident Commander shifted strategies to a transitional attack, pulling all companies out of the building. Once officers confirmed all crews were out, large amounts of water were applied from the exterior, using both hand lines and wagon batteries (fixed appliance atop the fire engine). This tactic provides a brief 'break of the fire triangle' by cooling the environment which allows firefighters to resume an interior fire attack.

The bulk of the fire was at the rear (Charlie side) of the unit and while the preferred approach is to move from the 'uninvolved to the involved' portion of the building, the excessive storage conditions forced crews to make entry and conduct fire attack from the back.

Ultimately, over 70 firefighters, working under the command of Assistant Chief Corey Rose, extinguished the fire in 42 minutes with no injuries reported.

Per protocol, LAFD Arson and Counter-Terrorism Section responded and it remains an active, open investigation.