One Man Dies Overnight in a South LA Commercial Fire

CENTRAL-ALAMEDA - A late-night commercial fire destroyed an industrial building and killed one man inside of his business. 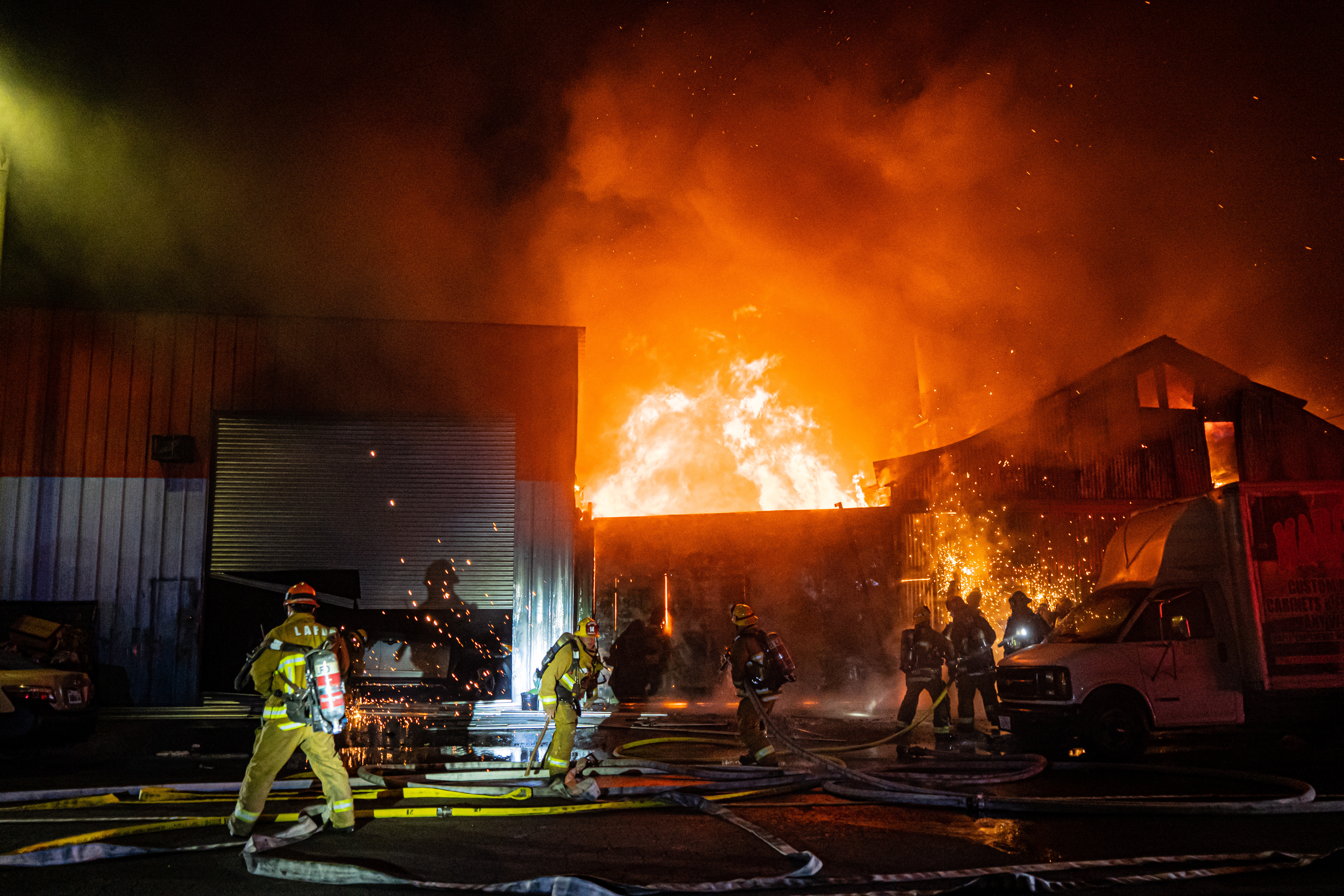 In the last few remaining minutes of Monday, May 3, 2021, at 11:57 PM, the alarm went out to alert firefighters of a commercial building engulfed in flames on the 1800 block of East 57th Street. Firefighters immediately recognized the need to use defensive tactics and fight this fire with copious amounts of water from the exterior. The Incident Commander called for additional fire crews, making it a Greater Alarm incident. Firefighters positioned themselves on all sides of the building to protect the many surrounding structures. Firefighters protected adjacent buildings from all but minor flame impingement.

LAFD's robotic firefighting unit was utilized during the incident. RS3 was able to enter the structure and apply water to harder-to-reach areas without exposing firefighters to the collapse risk of the burned out structure. Ultimately, sixty-seven firefighters extinguished the flames in seventy-two minutes.

After the fire was out, firefighters discovered that, tragically, one man had perished inside. The Coroner responded and met with the family to verify his identity. The family reported that he was a carpenter and often worked during the late evening and early morning hours. The wood and materials from his business appear to have added to the intense fire load within the building, causing the fire to grow extremely fast. Crews remained on scene overnight to ensure the debris did not reignite.

The cause of the fire is under active investigation.