Over 30 Business Saved in Van Nuys

After initially deploying an offensive fire attack, the incident commander quickly transitioned to a defensive operation due to the extent of fire involvement. As crews established hand lines, a collapse zone of 30’ was implemented at the front of the building due to concern about the stability of the façade. Approximately 20 minutes into the incident, an ‘Emergency Traffic’ radio alert was issued informing all on the fire ground of the full collapse of the façade. All firefighters were safely outside the collapse zone and continued their operation without delay.

The building to the North (on the Bravo side) abutted the fire building while there was a small separation with the building to the South (on the Delta side). Despite the close proximity of the two exposures and the heavy fire present, firefighters battled and succeeded in defending the structures from fire damage – saving over thirty businesses.

It was a long, extended operation due to the amount of fire and challenges in safely access all areas of the building. The RS3, Robotic Fire Fighting Vehicle was deployed to apply high volumes of water (master streams) more deeply into the building than was safely possible by firefighters. The combination of hand lines, ladder-pipes,  RS3 and the team of over 85 firefighters, working under the command of Assistant Chief Corey Rose, fully extinguished the fire in over four hours. 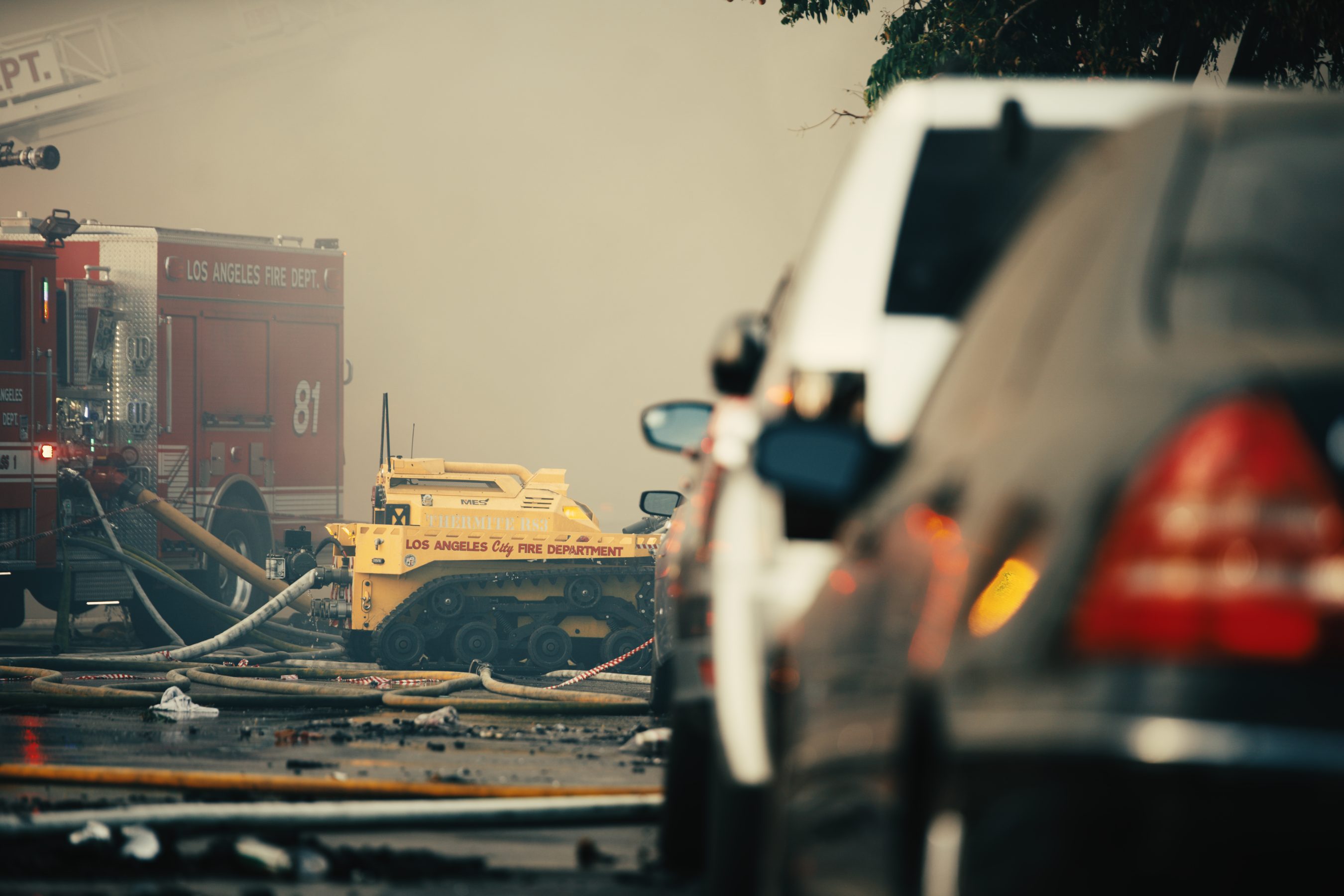 One firefighter was transported to the hospital in fair condition with heat exhaustion. There were no other injuries reported.

Per protocol, LAFD Arson and Counter-Terrorism Section (ACTS) responded and is actively investigating the cause of the fire.