More than 165 members of the Los Angeles Fire Department were joined by firefighters from the neighboring cities of Burbank and Glendale on Saturday night in a two-and-one-half hour battle against a Santa Ana wind-driven wildfire that heavily damaged two buildings. 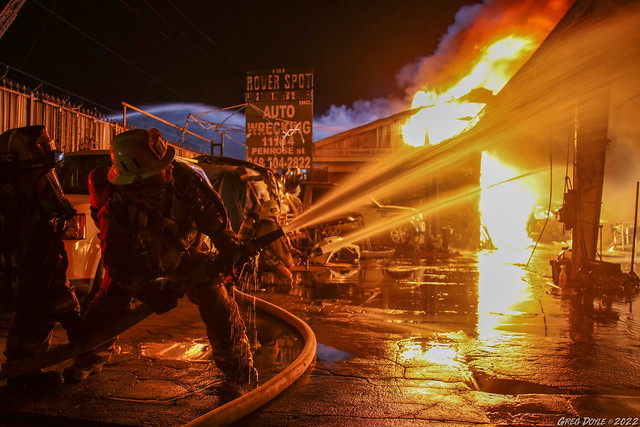 The fire was reported at 7:39 PM on November 19, 2022 near the intersection of Penrose Street and the Golden State (I-5) Freeway. With winds gusting to 30 miles-per-hour, the flames had already spread from light grass to trees and extended into a block-long pair of metal clad commercial structures on firefighter's arrival.

The flames were extinguished at 10:12 PM, and no injuries were reported.

LAFD crews remained at the scene through early Sunday morning to address smoldering debris. The cause of the fire remains under investigation.