Heavy fire ripped through a Downtown textiles business while firefighters battled to save the adjoining units.

At 3:42AM on Sunday May 1, 2022 the Los Angeles City Fire Department responded to 1325 S Los Angeles Street for a reported structure fire. The first arriving fire company found heavy fire showing from a two story building, part of a row of commercial units, doing business as "Nice Cap".

Sparks flew from rotary saws as firefighters cut open multiple rolling steel doors to gain access to the unit. Due to the quantity of stacked, packed textiles, firefighters faced challenges reaching the seat of the fire located on the 2nd floor towards the back of the unit. The fire burned through the roof and caused a partial collapse.

The heavy, raging fire combined with the safety hazards of the partial collapse required a transition to defensive operations.  Crews deployed master streams and hit the blaze with a deluge of water. They succeeded in knocking back the bulk of the fire which allowed them to return to an offensive operation and resume an interior fire attack. 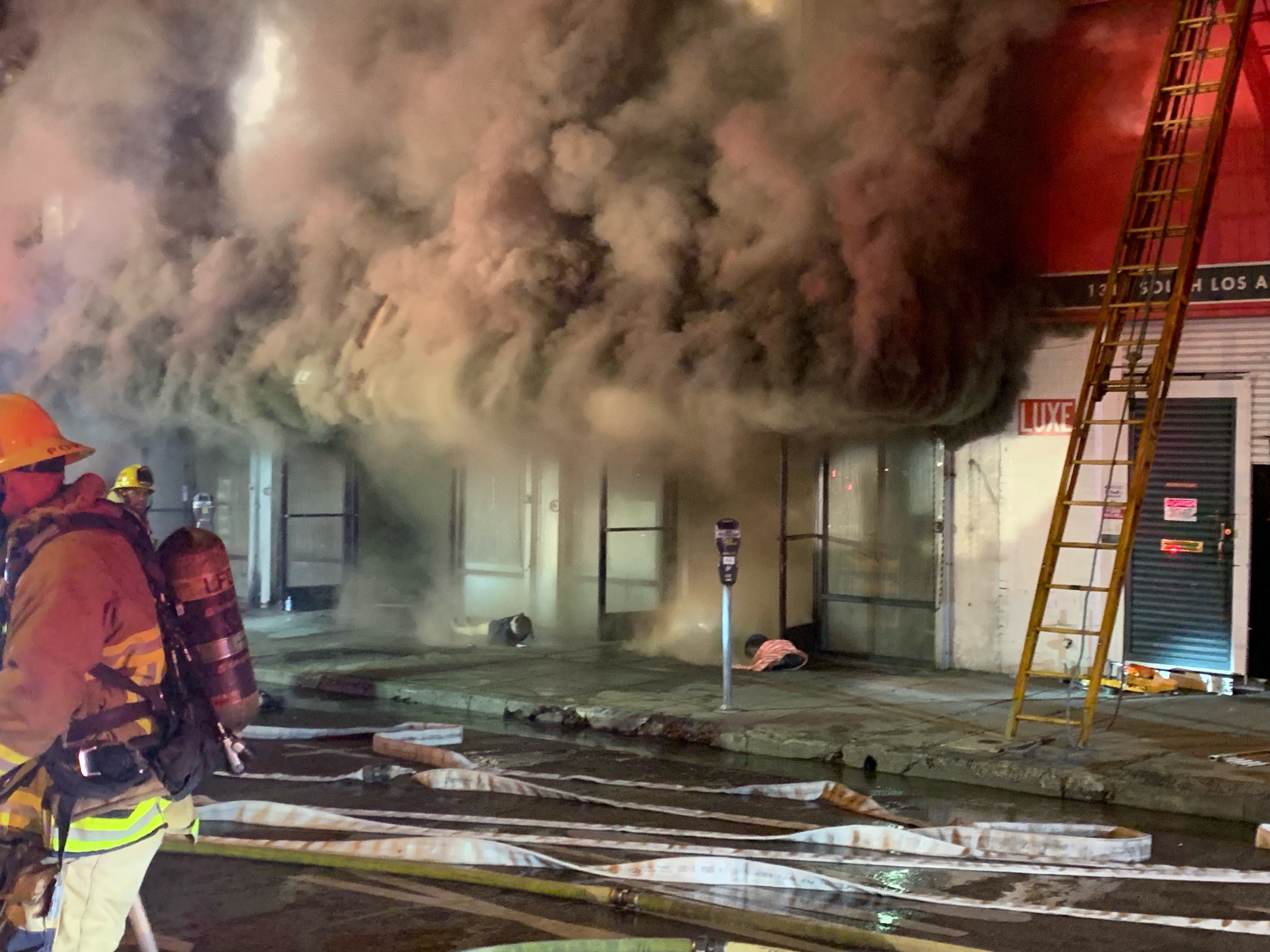 Accessing the stairwell to the second floor continued to prove difficult due to the interior storage conditions and the remaining fire.  Ultimately, 134 firefighters operating under the command of Assistant Chief Antoine McKnight achieved a knockdown in two hours and four minutes with no injuries reported.

The persistence and dedicated efforts of the firefighters saved the two adjoining businesses from fire damage.